NATHAN HERNE DOUBLES UP AT BATHURST 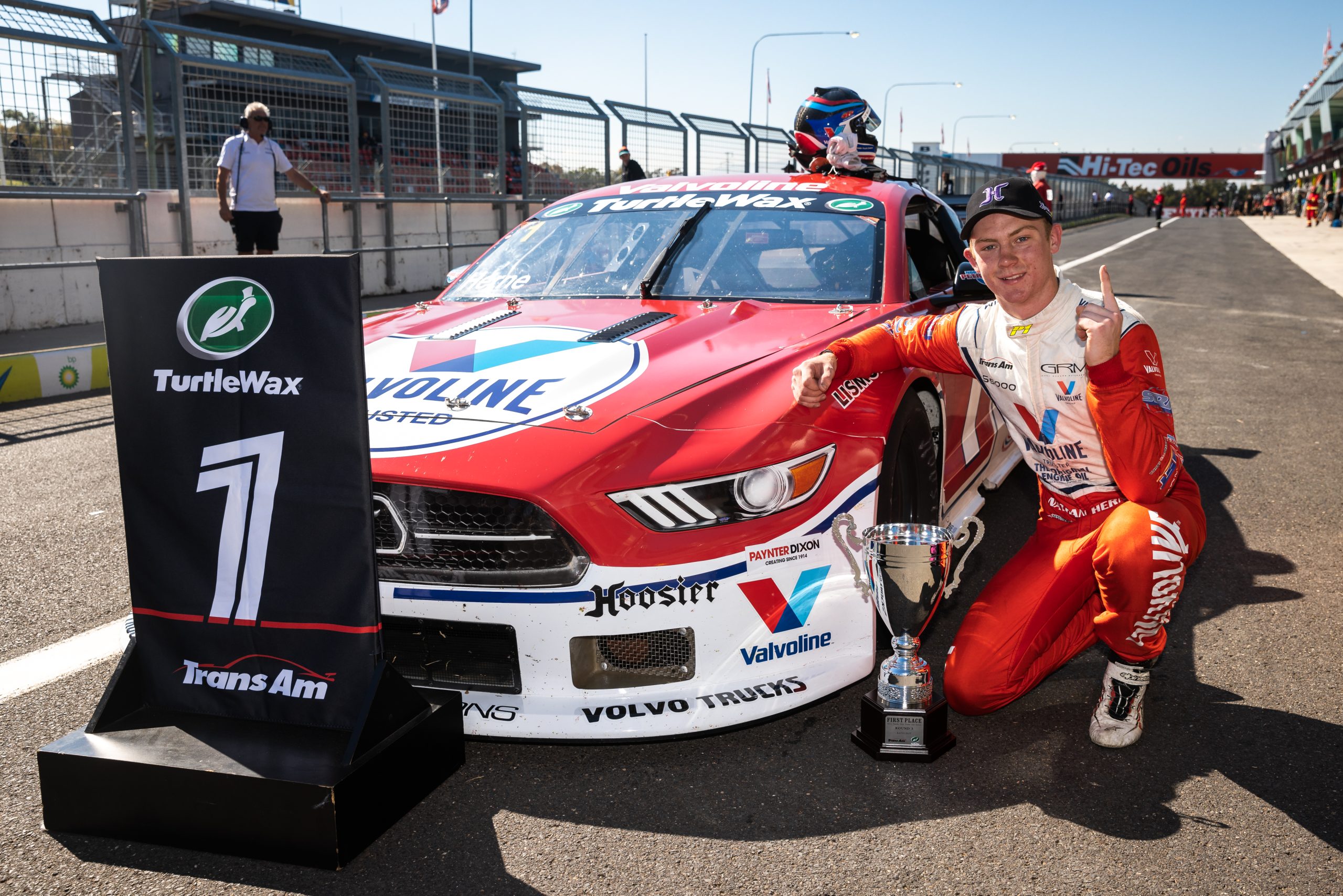 It was a lights-to-flag performance from Nathan Herne, who backed up his race victory from earlier today in the second race of Turtle Wax Trans Am at Bathurst.

Herne led away from title rival Paynter Dixon Wall Racing Mustang of Tim Brook and Ben Grice in the All American Driveline example as towards the tail of the field there was a tangle.

A safety car followed after Johnson’s first stop, but Herne took control to lead Brook for the entire duration.

However behind, there was plenty of squabbling with Owen Kelly dropping back to eighth in the Garry Rogers Motorsport Mustang, but climbed to third by the race’s conclusion.

This was no concern for Herne as he took victory from Brook, Kelly, Holdsworth, McCorkindale and Morris.

Behind, Lochie Dalton continued his gradual rise through the field to be seventh from Edan Thornburrow, Dream Racing Australia’s Elliot Barbour and Kyle Gurton.