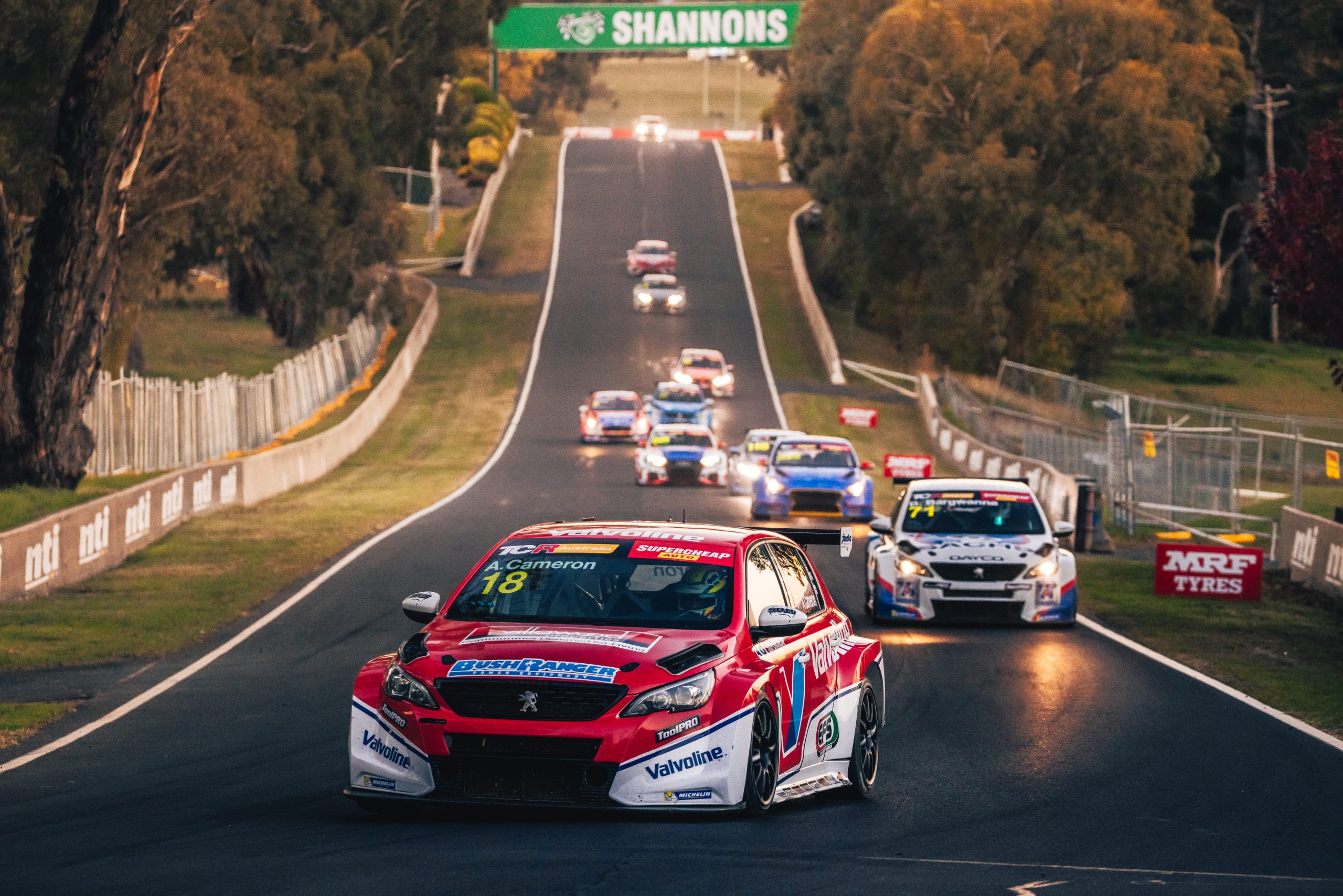 The final day of racing at the historic Mount Panorama Circuit started with a slight delay due to fog but that quickly cleared as the Trans Ams took to the track for their final race of the weekend.

After a brilliant start, reigning champ Nathan Herne once again asserted his dominance on the Mount Panorama circuit taking a brilliant lead and bagging some great points for his championship campaign. Owen Kelly once again gave a stellar performance in his GRM Ford Mustang coming in 3rd in his final race. Due to issues with his Up2/11 GRM Ford Mustang, Lochie Dalton was unable to complete his final race of the weekend. The race finished under safety car due to an incident in the second half of the race.

The final instalment of TCR racing saw Team Valvoline GRM driver, Aaron Cameron win his second race of the weekend. He was followed by Dylan O’Keeffe who placed his Schaeffler GRM TCR car in 3rd place after some great racing. After another stellar performance and a P2 finish in the previous race, James Moffat came home with P5 followed by Ben Bargwanna in P6. After starting last on the grid, Jordan Cox’s pace was unbelievable as he made his way up to finish P10 on the grid in his Swyftx GRM TCR car. After some contact with the barrier, Kody Garland brought his Team Valvoline GRM car home in P21 despite minor damage.

Nathan Herne said: “So, we’ve wrapped up the weekend here at Bathurst for the National Trans Am championship. It’s been an awesome weekend, ‘we’ve got some really good championship points in the bag and finished up with a clean sweep.”

“Really can’t ask for much more than that and it’s a massive credit to all the GRM boys; we worked hard at this car to get it turned around between rounds and get the fastest car out on track and it definitely showed this weekend how much effort we put into it so big thank you to Tommy, Frenchie and Marcos and all the boys who have really made this happen.”

“It’s been an awesome weekend and fingers crossed we can build on that for the next round and the couple of rounds after that and try bring home the biscuits for the end of the year,” he said.

Aaron Cameron said: “Great weekend for us in the no. 18 Valvoline Peugeot, P1 in Qualifying with a new lap record, and then just pulled away in the race and then got ourselves a race win; first one for the year which is awesome. So great to be back at Bathurst and the cars are really fast so we look forward to next round and hopefully we can continue the form and keep the Valvoline Peugeot up the front,” he said.

Some fabulous results for the Garry Rogers Motorsport team this weekend as we brought home our best round results so far this season. The TCRs and Trans Ams will return for the next round in May at Sydney Motorsport Park from the 27th to the 29th.