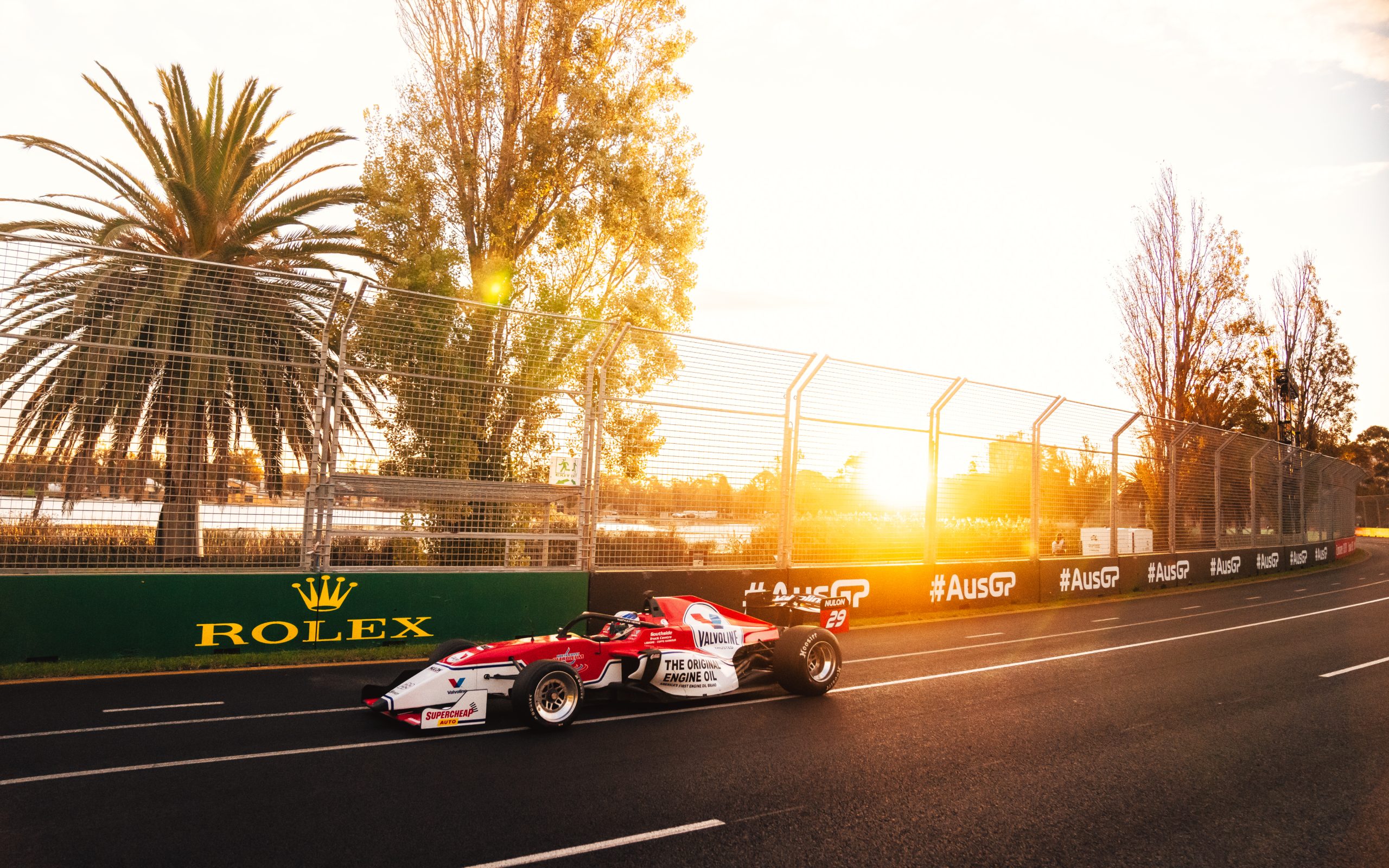 Saturday’s on-track action began late in the day and with a delayed start with the S5000s starting Race 2 of the weekend with a reverse-grid (top 75% of qualifying).

The GRM S5000 line-up was led by Ben Bargwanna who was followed by Nathan Herne and James Golding in the Team Valvoline GRM cars.

After an incident involving James Davison and Zane Goddard on lap 3, the race unfortunately ended prematurely under safety car.

The points from qualifying, Race 1 and Race 2 will determine tomorrow’s final grid which is set to start at 10:25am.

The final race winner will be presented with the Alan Jones Trophy on Sunday.