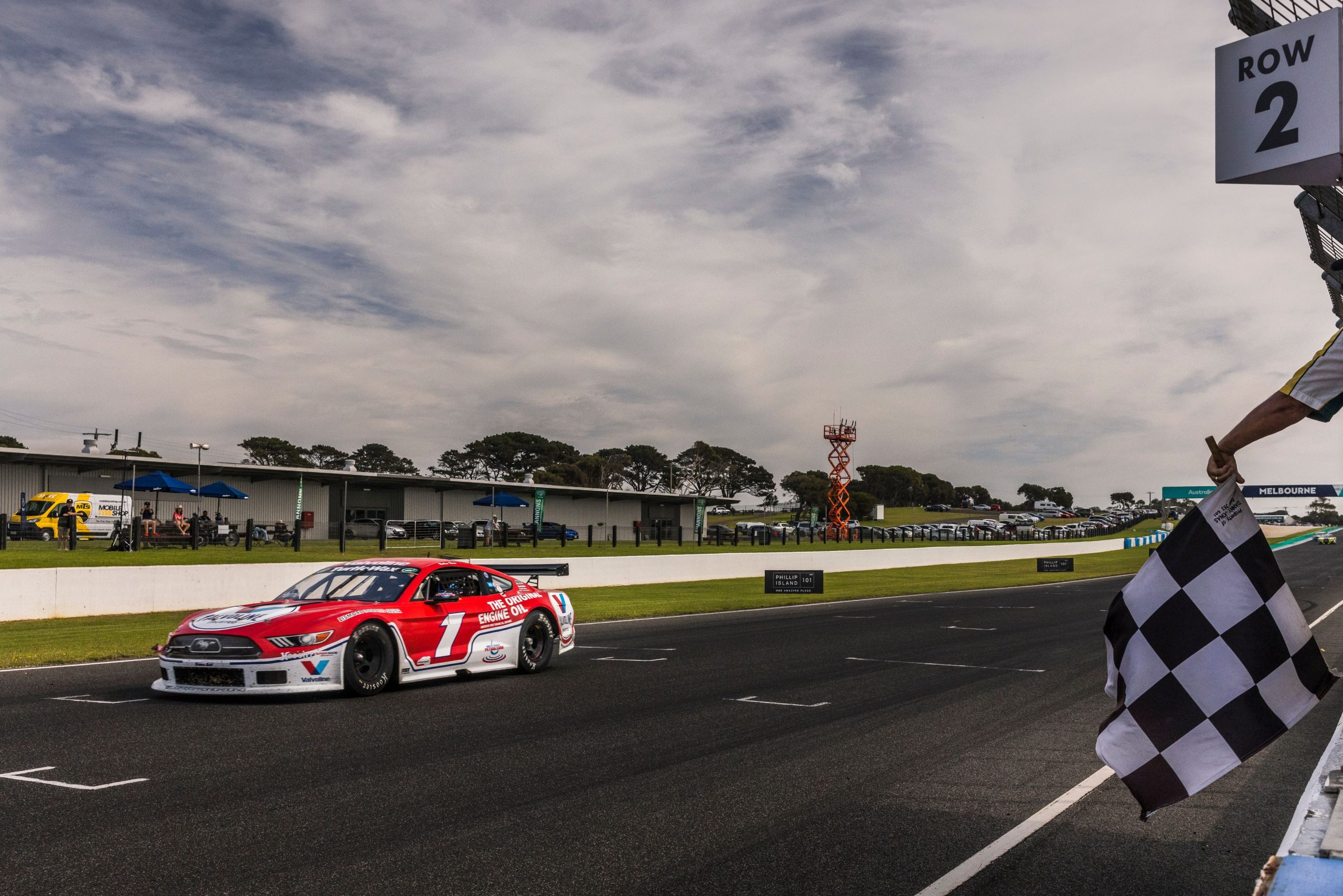 Valvoline Team GRM driver Nathan Herne has rebounded from a penalty in Race 1 and a narrow defeat in the second to take the Turtle Wax Trans Am Series finale at Phillip Island.

Garry Rogers Motorsport pair Herne and Kelly led away through Turn 1 as Turtle Wax Trans Am Series leader Tim Brook followed through after being demoted from second.

The action began exiting Southern Loop where Ben Grice ran out of road in the All American Driveline and Auto Parts Ford Mustang, spinning multiple times as he failed to finish the race.

Herne and Kelly enjoyed a spirited battle in what was an intense finale between the two as Brook, Lochie Dalton and Hogan Prestige Cars Dodge Challenger driver Nic Carroll followed closely.

Carroll was definitely the mover in the pack, but was caught out passing Dalton by the slowing Dream Racing Australia Challenger of Jackson Rice and spun at Turn 1 in his attempt to finish on the podium.

At the front, Herne secured victory and the series lead as Brook slowed on the final to finish 10th.

Herne leads the standings by seven-points from Brook, with a further 27 back to Kelly and Gurton.

The next round of the Turtle Wax Trans Am Series is in support of the Hi-Tec Oils Bathurst 6 Hour at Easter on April 15-17.