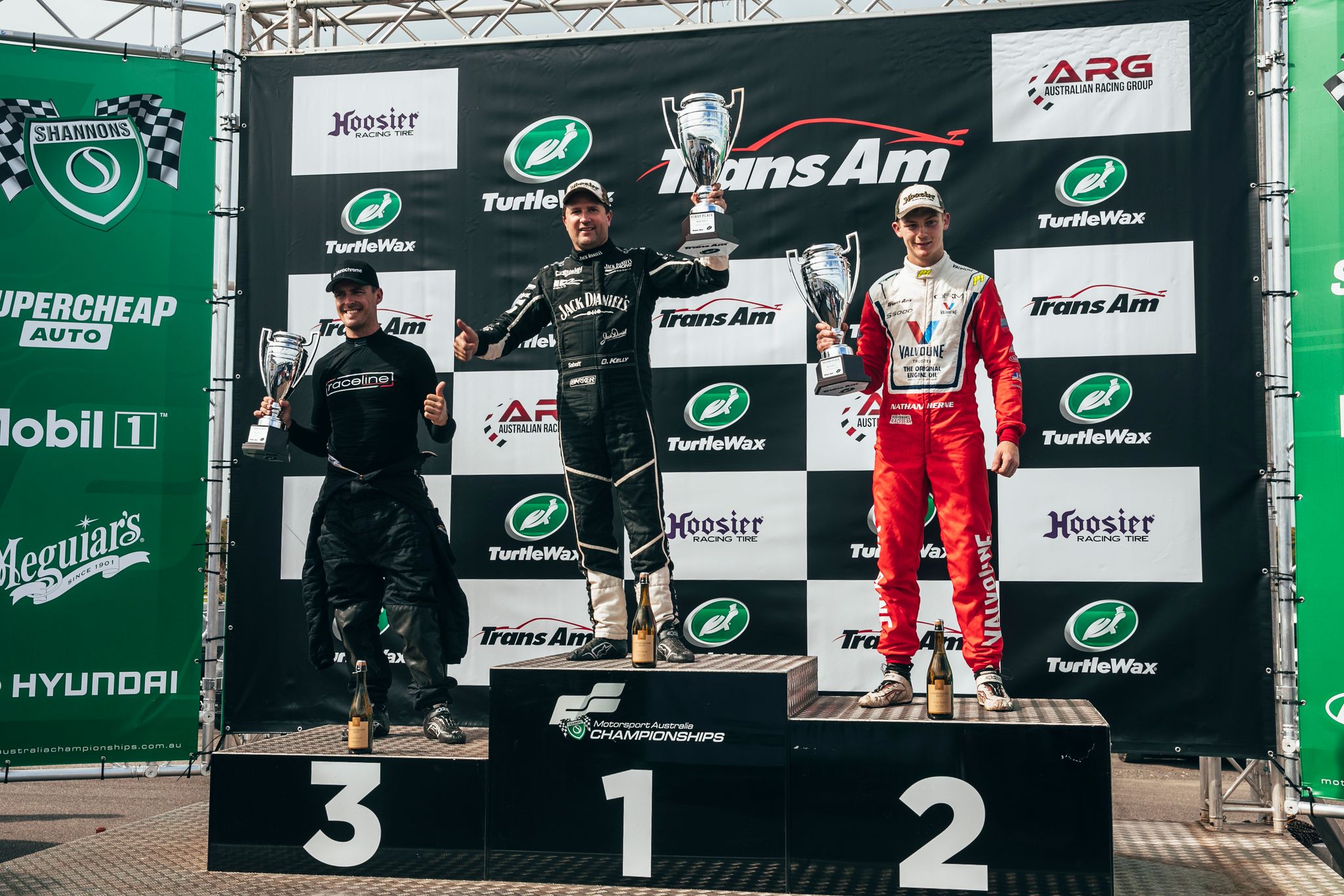 Sunday at Phillip Island began with Trans Am Race 2 where GRM driver Owen Kelly started on pole. The reigning champ, Nathan Herne avoided a collision towards the start and Kelly led the pack from lap 1 of the race; securing his win after the 13 laps. Herne finished a close 3rd overall. Another impressive performance from Dalton saw him make a terrific overtake and finish his race in 4th position.

Following on from a brilliant Race 1 on Saturday for the GRM TCR drivers, TCR Race 2 saw Ben Bargwanna finish P2 after starting on pole. Jordan Cox followed in 4th in his Swyftx TCR car and Dylan O’Keeffe continued with some solid results coming in 5th. Kody Garland finished his second TCR race in 14th place followed by James Moffat who went off during the race, resulting in him placing 18th overall. Turbo issues for Aaron Cameron saw him unfortunately unable to finish.

The final Trans Am race of the second round saw Owen Kelly and Nathan Herne fight for the lead. Herne took P1 after overtaking Kelly who won the previous race. Dalton continued his impressive work in his GRM Ford Mustang, once again finishing in 4th place to round out his weekend.

James Golding brought home P2 in his Team Valvoline GRM S5000 after a solid performance all weekend. He battled closely for the lead and secured P2. Adam Garwood finished his final race of the weekend in P7 position.

Race 3 of TCR Australia saw Ben Bargwanna round out his weekend with a podium finish in P3 in his Burson Auto Parts TCR car. He was followed by Dylan O’Keeffe who had a brilliant weekend all in all, in his Schaeffler GRM TCR car finishing P4 in the final race. Jordan Cox completed his race in 6th followed by Team Valvoline GRM driver Aaron Cameron who returned to the track for Race 3 after a turbo issue in Race 2. James Moffat completed his weekend in P13 and due to a hub failure at the final turn resulting in a high speed off, Kody Garland was unable to finish his race.

S5000s will be racing at the Formula 1 Australian Grand Prix as a support category from April 7-10. Racing returns on April 15-17 at Mount Panorama Motor Racing circuit for TCR Australia and Trans Am Series.