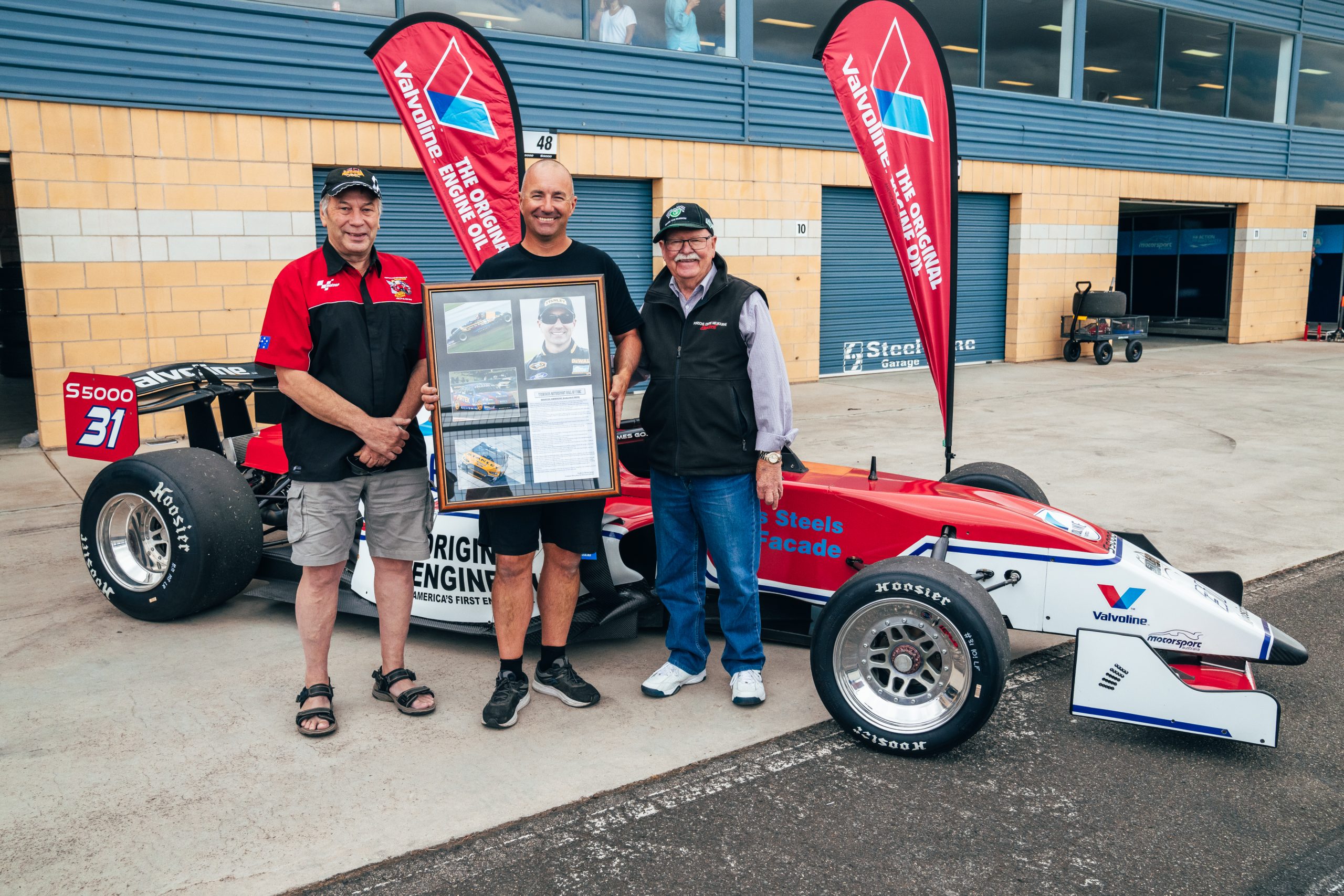 Marcos Ambrose, Garry Rogers Motorsport Competition Director, was inducted into the Tasmanian Motorsport Hall of fame on Sunday the 13th of February at Symmons Plains Raceway ahead of the final races of Race Tasmania.

He has been an ambassador of Australian motorsport and an integral member of the GRM family as of June 2021 when he started his role as Competition Director.

His time at GRM has seen him lead the Combine program which brought together young racing talents and provided them with the tools and guidance needed to successfully set-up their racing careers.

Barry Rogers, Director of Garry Rogers Motorsport said: “Marcos is an incredible asset for Australian Motorsport and today’s recognition is well deserved and I am sure Marcos and his family are very proud.”

“What Marcos achieved in Supercars in Australia at its absolute height of competitiveness with back-to-back championship wins in 2002 and 2003 and then pack up, take a punt and head to the fiercest championship in the world, NASCAR, where the “good ol’ boys” don’t welcome intruders and to race successfully for 10-years shows how tough and talented Marcos is,” he said.

“All of us here at GRM congratulate Marcos on his induction to the Tasmanian Motorsport Hall of Fame,” he said.

The honour was presented by both Directors of the Tasmanian Motorsport Hall of Fame, Barry Oliver and Martin Agatyn.