BEN BARGWANNA AND BURSON AUTO PARTS ARE BACK FOR 2022 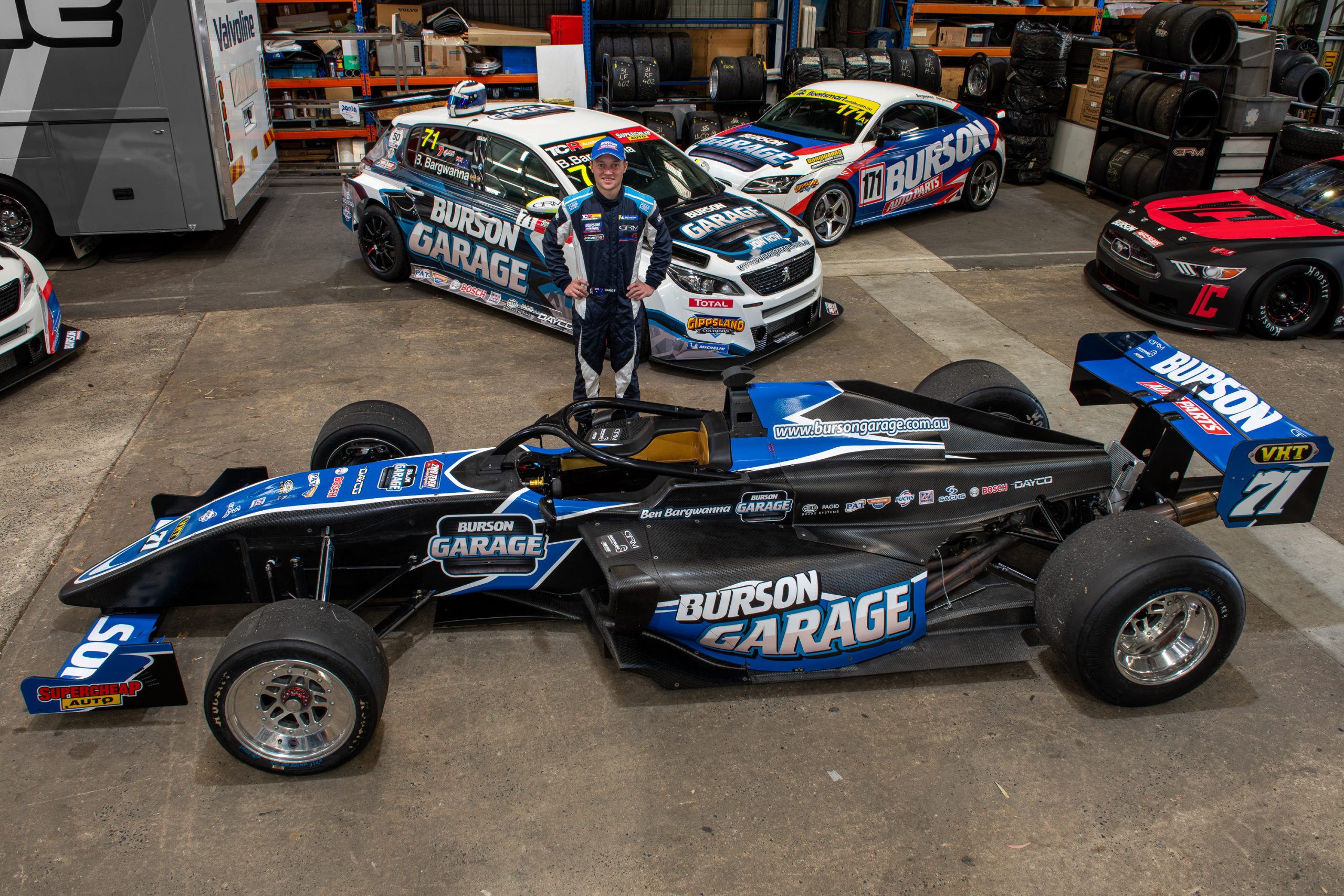 Bargwanna will again link up with Garry Rogers Motorsport, competing in one of the team’s race winning Peugeot 308 TCRs.

“Burson Auto Parts is very excited to continue our successful involvement in the TCR Australia Series in 2022 with one of the series’ most exciting young drivers.

“Given Ben’s pace in 2021 and ability to compete in the Burson Auto Parts Peugeot at the front of the field, we are confident that he will have a great year ahead. Add the support of GRM and Jason Bargwanna to the team and we are well positioned for a cracking season,” stated Anthony Hughes, General Manager -Marketing, Burson Auto Parts.

It follows a successful campaign last year where Bargwanna finished 10th and won the Michelin Cup as top placed rookie at the season’s conclusion.

“I learnt a lot last year and as the season went on the results started to build. We set and achieved some clear goals for 2021, finishing races, podium results, rookie of the year and then to get my first pole position at Bathurst was a real bonus. I love racing these TCR cars and challenging the best young drivers in the country, and some older experienced drivers as well.

“It was a real eye opener stepping up to this level of competition,  but I have the confidence, a great team and partners,  and we know we can hold our own in this field.

“For 2022 we want to challenge for regular top 5’s, take podiums and win races,” Ben said.

Bargwanna will lead the Burson Auto Parts attack on the TCR Australia Series, as his father Jason will step back from driving and take on a Team Manager role where he will fulfill a mentor role to Ben.

“The program has come together perfectly over the last two seasons with the support from our partners in Burson Auto Parts. Their continued commitment into the new season allows us to all move to the next stage and challenge for the title. I made the earlier statement that my fishing leave wasn’t far away, but I find that I am really enjoying this campaign. Ben has shown that he has improved and he became stronger during last season. His on track decision making and off track work ethic led to some great speed and strong results.

“I am extremely proud of his journey and I am excited to focus our attention and resources on Ben to allow him to mount a truly competitive campaign. Who knows, should we get a co-driver race in TCR Australia, we already have one in stock!” Explains Jason.

“I will still be heavily involved in the program both on and off the track. This year’s TCR championship looks to be the most competitive ever and the whole Burson Auto Parts race team is chomping at the bit and ready to rise to the challenge,” he added.

Burson Auto Parts Racing will launch the car 71 livery early next week prior to the opening round of the Supercheap Auto TCR Australia Series that will be held at Symmons Plains Raceway for the second-running of the AWC Race Tasmania on February 11-13.