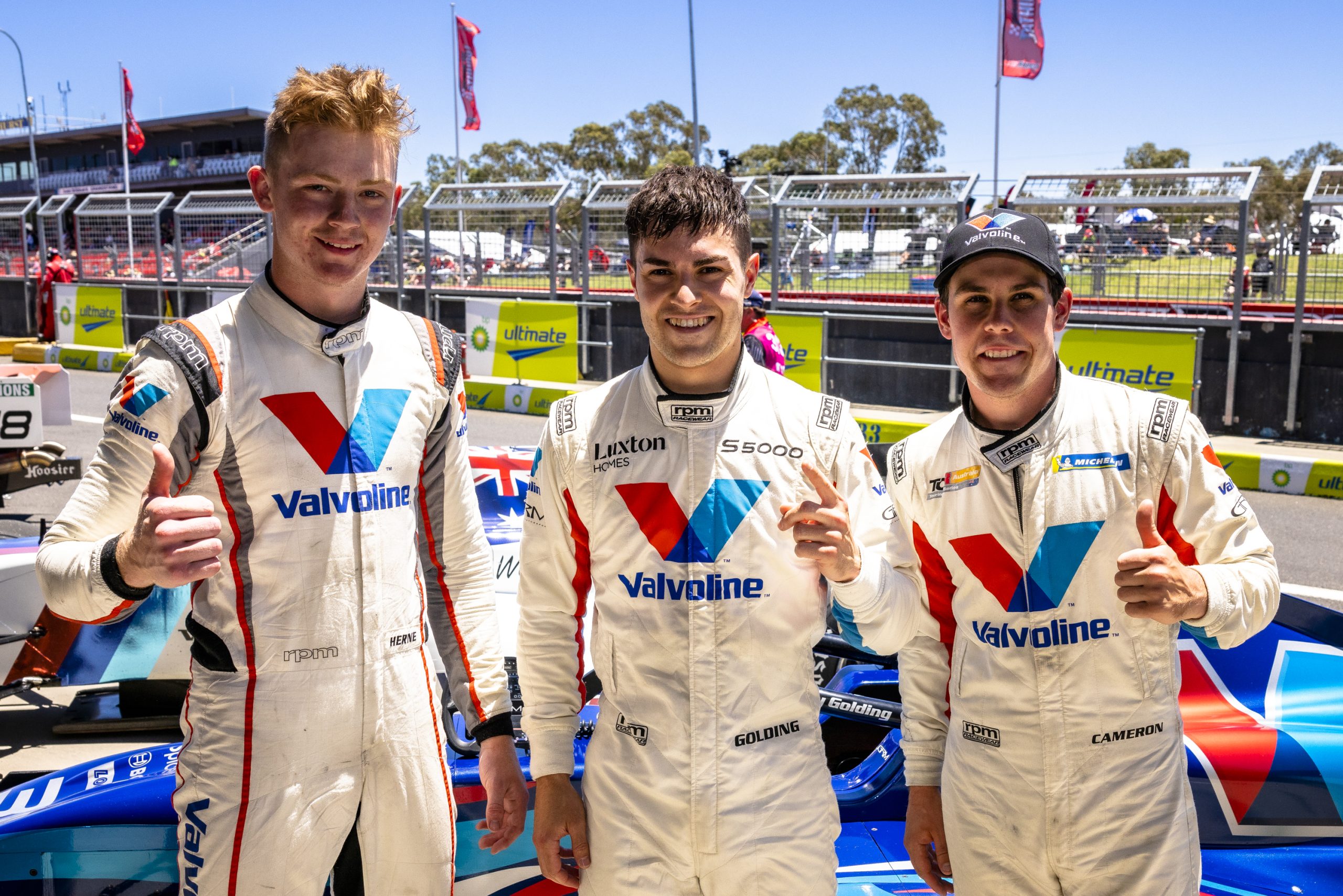 THE Shannons S5000 Tasman Series will be decided on Sunday morning at Mount Panorama with four drivers in contention for the $30,000 prize and the iconic Tasman Cup.

As a result, Cameron continues to lead the series by 22 points over Roberto Merhi, while Golding has closed to within 29 of the series lead ahead of the finale.

Luis Leeds remains fourth in the standings and remains in mathematical contention, 60 points from the lead heading into a race that pays 60 points to win.

Race 3 at Mount Panorama was another wild affair with a massive incident at the chase brining out the red flag for just the second time in S5000 history.

The accident began when Joey Mawson looked to the inside of Jordan Boys at the entry to the chase, the pair making contact and spearing across the infield.

Merhi and others took evasive action to avoid the crash, however Yoshi Katayama was unsighted by the dust and collected Boys’ stranded ACM Finance 88 Racing entry.

All drivers emerged unscathed from the accident, and while Boys and Katayama were firmly ousted from the race, Mawson was able to return to the pit lane and make the subsequent restart.

Herne passed Cameron for third just prior to the Safety Car, and ultimately the Red Flag, stopped play.

The race was suspended while the damaged cars were cleared before the race restarted under Safety Car for a two-lap dash to the flag.

After fending off a late charge from his teammate, Golding edged out Herne for the win with finishing Cameron third to complete the GRM sweep.

The final race of the series will be aired live on Fox Sports, Kayo and the Seven network tomorrow prior to the Bathurst 1000.