GRM 1-2-3 in the opening TCR race at Bathurst 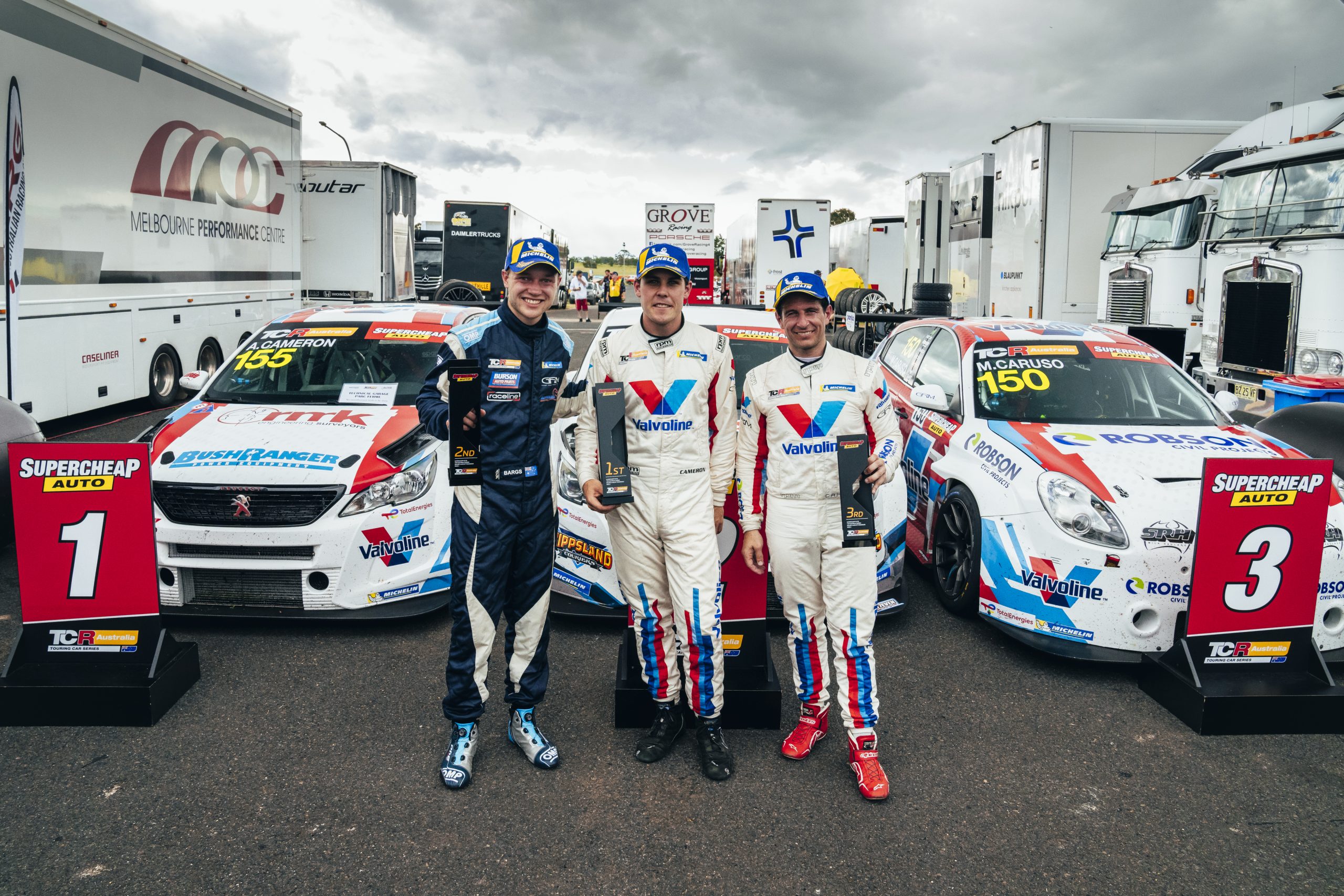 Less than a second split the two Peugeots as the pair finished side-by-side, with Cameron leading home a GRM 1-2-3 as Michael Caruso followed the duelling duo in third.

Polesitter Bargwanna led from the start as he fended off a fast starting Cameron, with the two Peugeots duking out in front. GRM Team Valvoline’s Michael Caruso kept a watching brief behind in his Alfa Romeo Giulietta Veloce TCR.

Jordan Cox was a big mover through the field climbing from 15th to ninth by lap 2, with a close battle between Jason Bargwanna’s Burson Peugeot.

Cameron completed an inside move to take the lead at The Chase.

After making his way from the back, Cox was pressuring Moffat for fifth as the battle for lead intensified when Cameron ran wide at McPhillamy Park, which allowed Bargwanna to close to within 0.2s.

But it was Cameron holding on for his second Supercheap Auto TCR Australia Series race win from Bargwanna by 0.0946s, while Caruso took third from Shiels and Cox as the contest ended early due to a time certain finish.

Race 2 for Supercheap Auto TCR Australia is scheduled at 12:30pm Friday, December 3 with the action to be shown live on 7Sport, Fox Sports and Kayo.