CAMERON INTO THE 1:59S TO GRAB BATHURST POLE 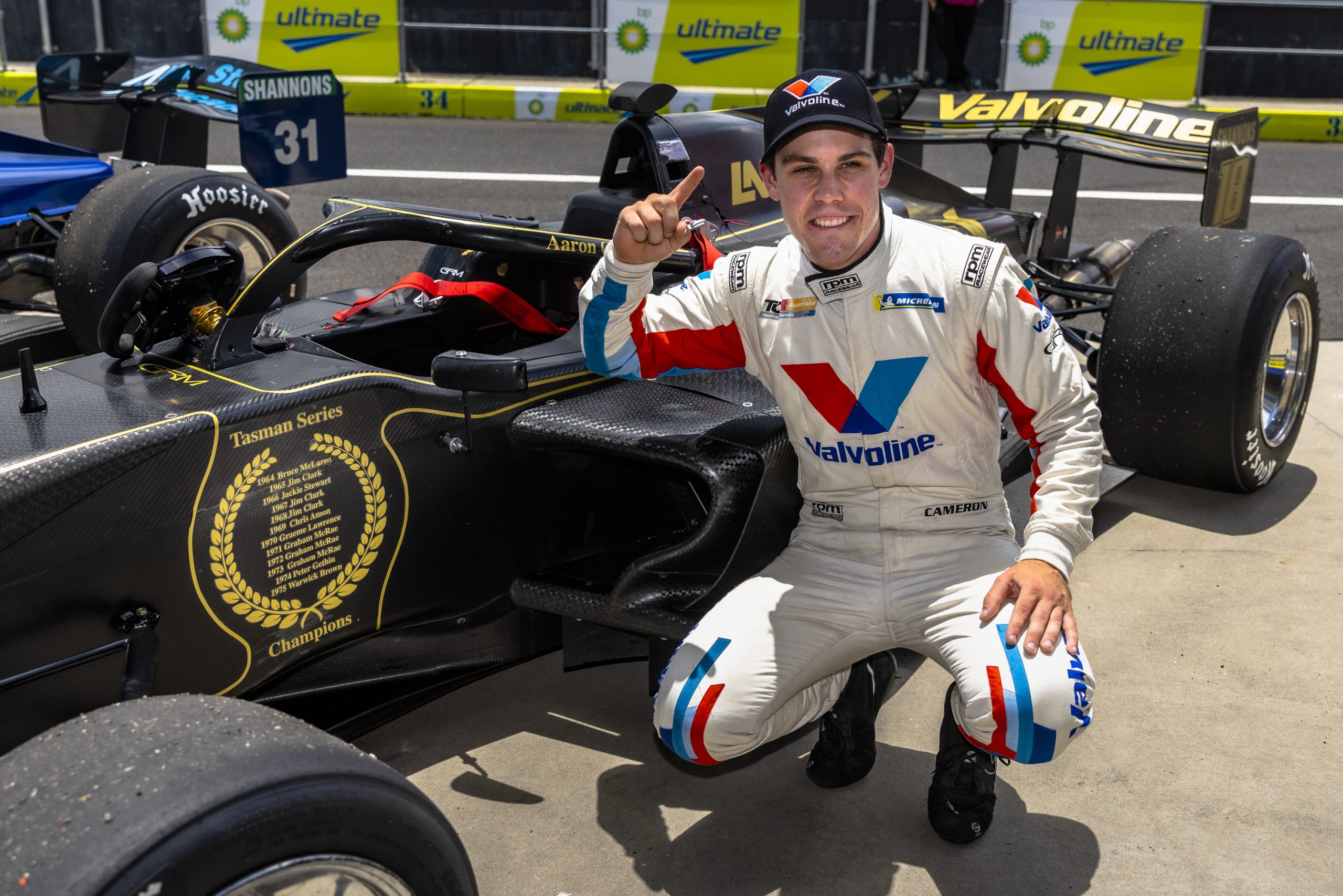 AARON Cameron has continued to stun the Shannons S5000 Tasman Series establishment, grabbing pole position and becoming the first driver to break the magic two minute barrier at a Bathurst race meeting in the process.

In a pulsating 20-minute shootout that saw times tumble by more than eight seconds, Cameron saved his best for last and crossed the line well after the checkered flag had dropped to bank a 1m59.9340s best to top the field.

And while it didn’t top the outright Bathurst record of 1m59.29s – set in an unrestricted Audi R8 GT3 car at the Challenge Bathurst sprint event – it was the fastest lap recorded at a Bathurst race event.

As well as giving him pole position, it also adds more valuable points to Cameron’s championship tally in his pursuit of the Tasman Cup, which will be awarded following Sunday’s final race.

Nathan Herne was fourth and less than three-tenths from pole.

Race 4 of the Shannons S5000 Tasman Series will commence at 1:35pm local time tomorrow afternoon, with live coverage on Fox Sports and Kayo.