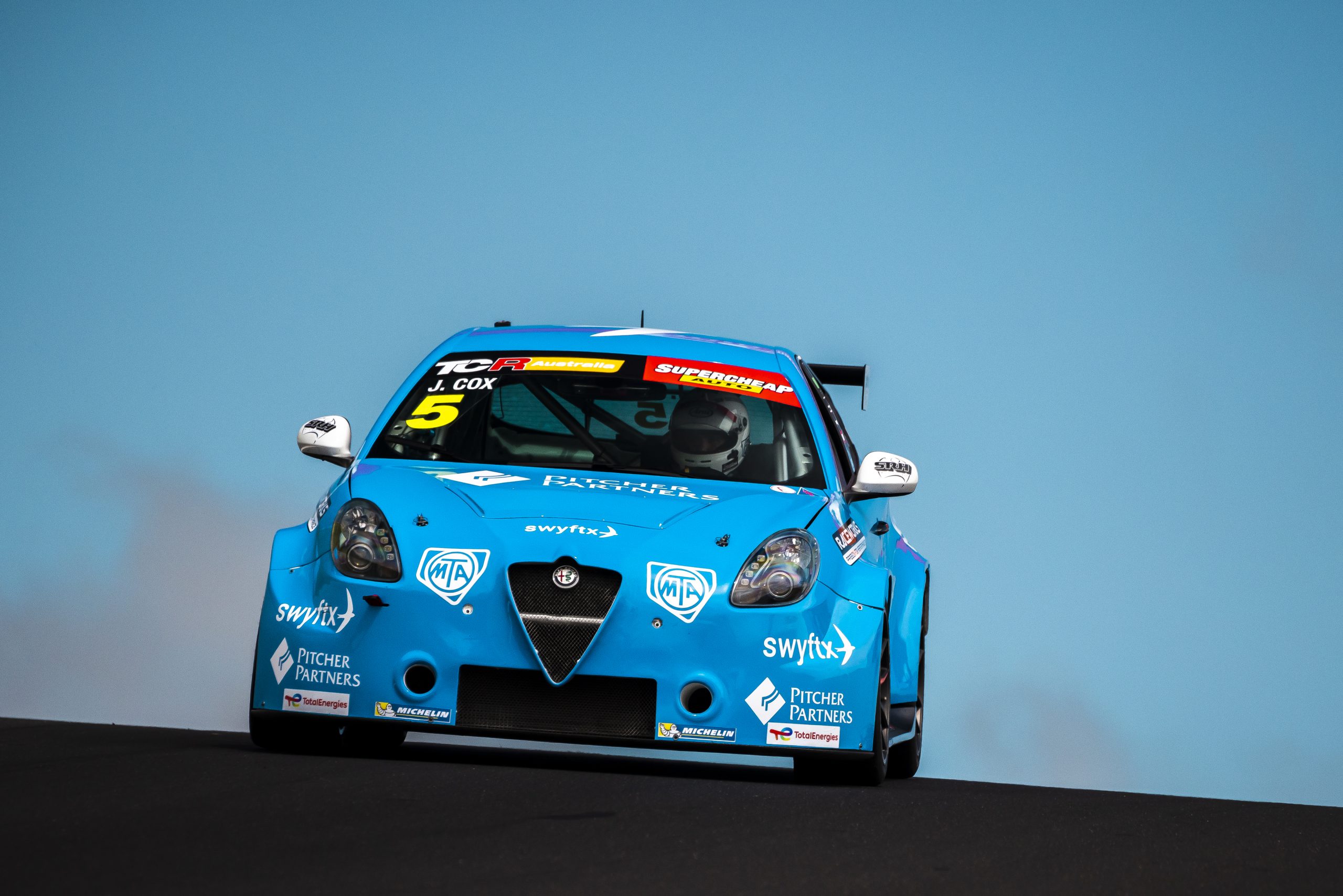 A last lap flyer by Garry Rogers Motorsport’s Jordan Cox has put him at the top of the timesheets after the opening day of the TCR Bathurst 400, the final round of the Supercheap Auto TCR Australia Series.

Cox set a 2m 15.2422s in his Swyftx-supported Alfa Romeo Giulietta Veloce TCR, to knock off teammate Michael Caruso to the tune of 0.8083s in his Valvoline liveried example.

Astrontech Qualifying will commence at 9:30am, before Race 1 at 4:25pm, which will be live on Fox Sports 506 and Kayo.