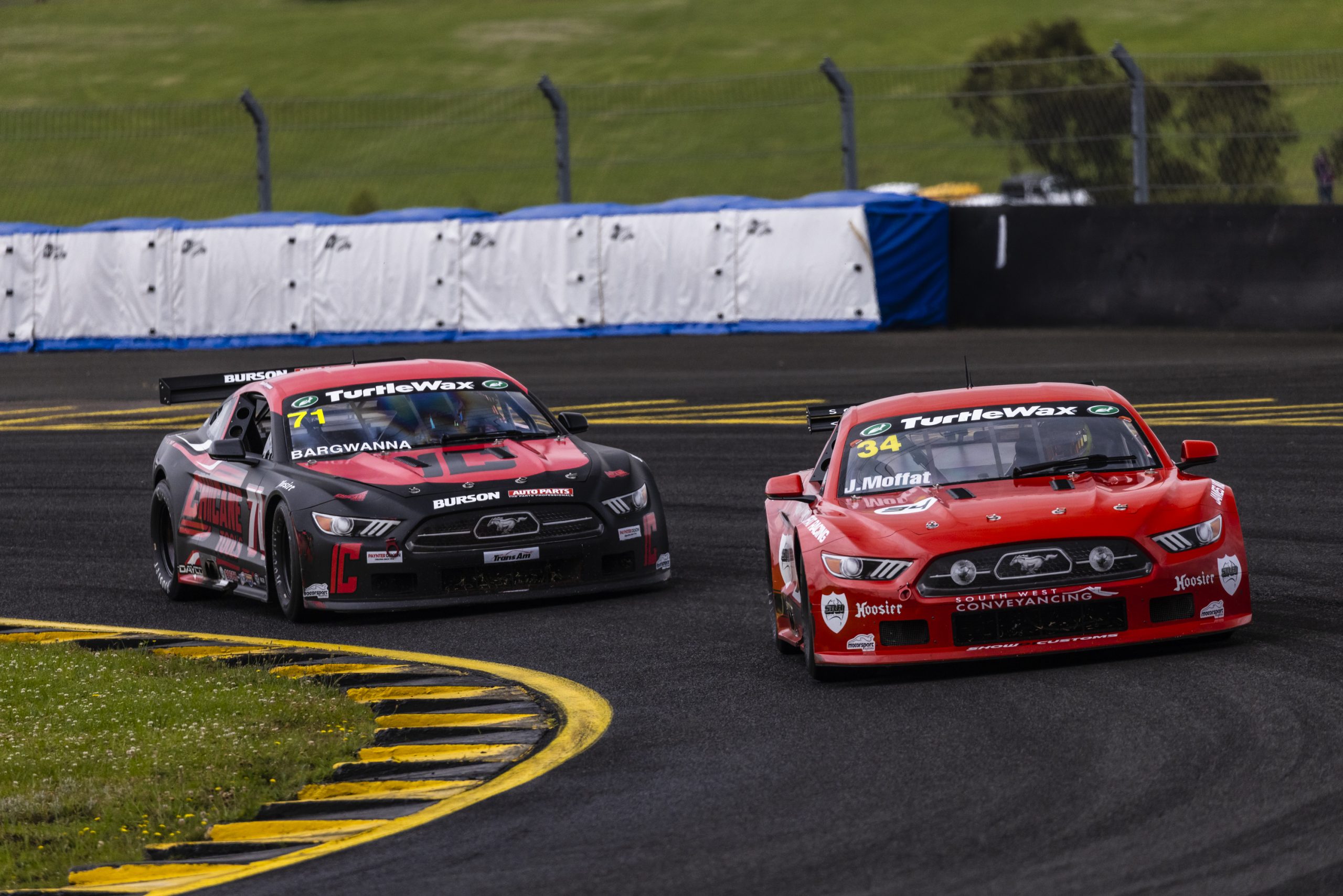 Garry Rogers Motorsport’s James Moffat made it three maiden winners in as many races to take the final Turtle Wax Trans Am Series race at Sydney Motorsport Park.

Held in treacherous conditions, the final race of the weekend started under safety car, but this was its only appearance as yesterday’s winner Jason Bargwanna in the Chicane Tools Ford Mustang led from pole.

Out front, Bargwanna led from teammate Moffat, but the pair battled closely in the tough conditions until the latter completed a move for the lead at Turn 2.

Aaron Tebb was enjoying a strong run in fourth, carrying on from his storming drive yesterday’s second race, but he left the road at Turn 1 and dropped to eighth by the race’s conclusion.

Moffat held a comfortable lead from Bargwanna until Herne found a way passed into second, completing another recovery drive and extending his Turtle Wax Trans Am Series advantage.

Following on from a gearbox problem yesterday, Tim Brook climbed from 12th to fourth even after being delayed by at the start.

Brook’s rival for second in the series, Edan Thornburrow rounded out the top five after a close dice with Ben Grice, who suffered from a foggy windscreen in his new All American Driveline and Auto Parts Ford Mustang.

Bargwanna took the round win from Moffat, Herne, Brook and Thornburrow.

The next round for the Turtle Wax Trans Am Series is at Mount Panorama Bathurst on November 30-December 4.