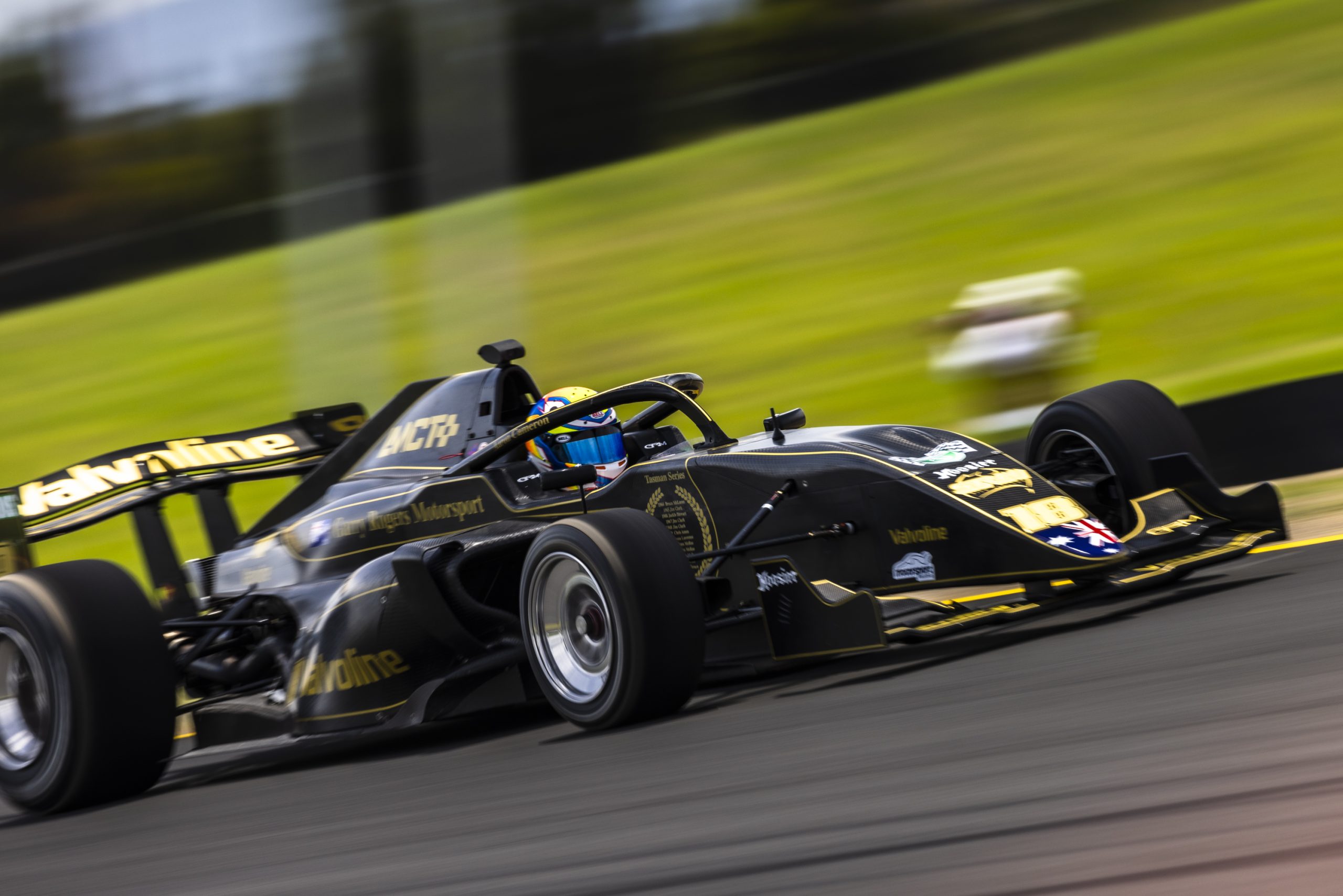 The TCR Australia ace Aaron Cameron slotted into second in the early running, however was soon forced to ensure attack after attack from ex-F1 star Roberto Merhi.

The pair went toe-to-toe for several laps before the Alabar / Form 700 entry from Team BRM was able to squeeze past on lap 10.

Cameron finished a stout third in his second-ever S5000 race, while Cooper Webster was fourth in the second ever race for new team, Versa Motorsport.

Nathan Herne, Luis Leeds, Blake Purdie and James Golding – who survived a wild ride at turn one when he spun in the 240km/hr corner on lap three – were next.

The current standings also reflect the grid for the third race of the series on Sunday, with the grid determined by the points gained in qualifying, race one and race two.

Tomorrow’s race will be shown live on Fox Sports and Kayo Sports at 11:55am.