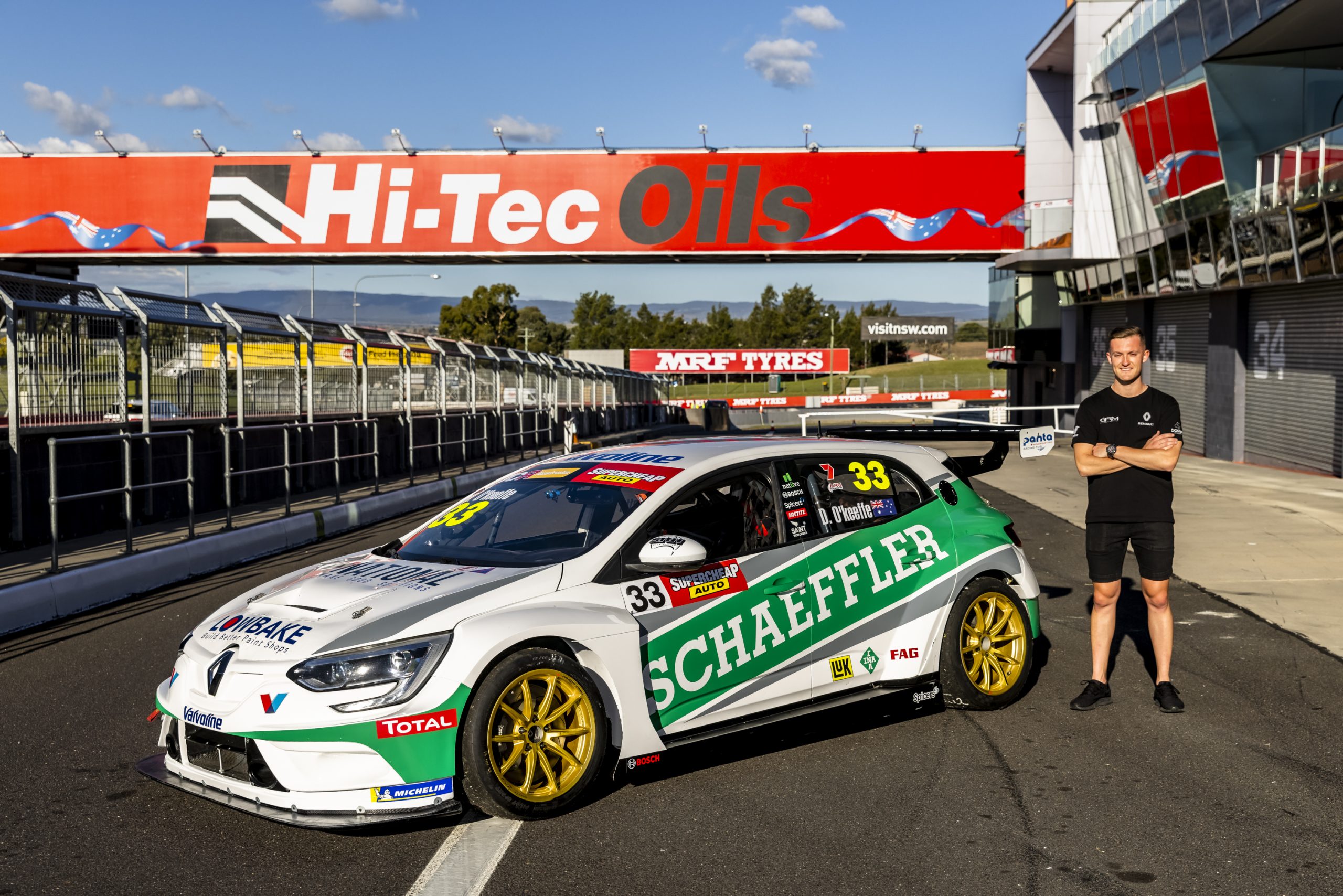 Garry Rogers Motorsport Renault Megane R.S. TCR driver Dylan O’Keeffe says he is not daunted by the prospect of doing double touring car duties at the Bathurst 1000 event in December this year.

The Victorian will compete in both the TCR Bathurst 400, as well as the Bathurst 1000, driving alongside Garry Jacobson in the Team Sydney Commodore ZB in the huge six day motorsport festival at Mount Panorama.

It will be a new challenge for O’Keeffe, as it’s the first time he will combine his Supercheap Auto TCR Australia duties with another class of racing over the same weekend.

O’Keeffe explained the lack of miles this season, particularly in a Supercar, will be one early challenge to overcome.

“I’ve never done the double; I’ve only raced one category,” he said.

“It’s exciting to go racing first of all and then second of all doing two at once is definitely good, so I’m also excited for that.

“From our point of view the Renault was fast there last time so hopefully we’ve made some inroads with that number one, but at the same time the Supercars stuff is a priority as well so I have to make sure to get back up to speed in that, considering I haven’t driven one in a while.

“Bathurst last year feels like a lifetime ago, I mean when you’re back in driving it comes back quickly.

“It’s hard to think I actually did that race last year so it’ll be good to get back.”

Although he hasn’t asked for advice on completing double duty, teammates in Renault teammate James Moffat and GRM stablemate Michael Caruso can provide guidance on the matter having done so previously.

However, O’Keeffe believes adapting to the turbocharged hot hatches will be an easier proposition.

“I guess the cars are so different you will adapt pretty quickly even if side-to-side, front-wheel-drive to rear-wheel-drive, everything is different,” O’Keeffe summarised.

“The TCR will be easier to adapt to because the speed is definitely down, but I guess we’ll see what happens. I guess the categories will be very well spread out, we’ll have enough time to think about and I don’t think I will be jumping from one to the next, which is good.”

O’Keeffe toyed with the idea of racing in three different categories, but ruled this out to ensure ensure strong  performances across both events.

“I had a couple offers to do GT World Challenge Australia and if it was the Bathurst International I would have done it,” he said. “Two categories are enough, but I did think about it.

“I’m sure I would be fine in all three, but you don’t want to be mediocre in all of them and not spectacular in either.”

After a prolonged hiatus through the middle part of the season, O’Keeffe is aiming to begin early momentum for 2022.

“I just want to finish the year off well and hopefully cement that we’re going on the right track with these cars,” he concluded.

“I’m looking forward to hopefully this event kicking it all off for us here in Australia.”