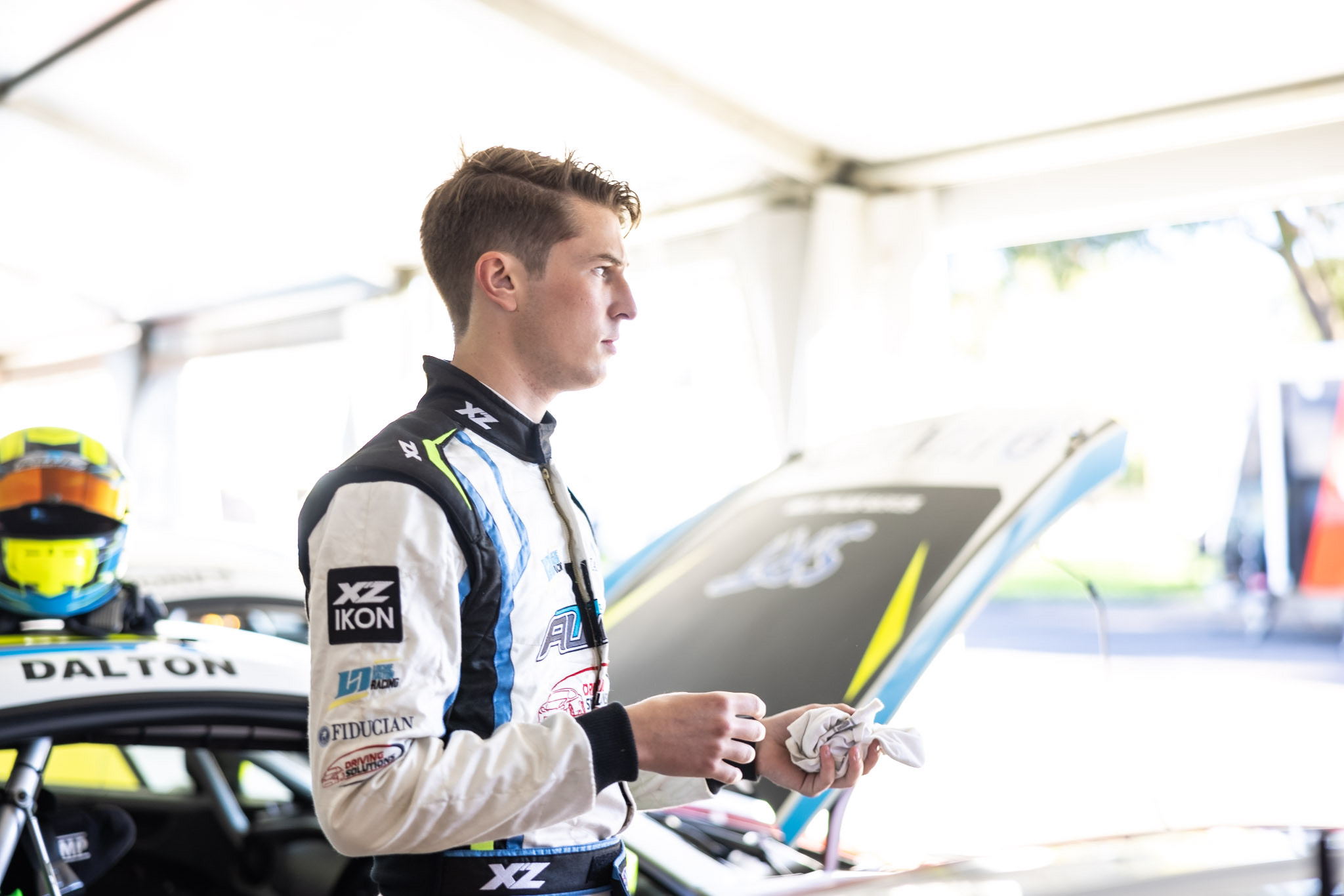 Dalton brings an impressive resume with him from karting where he secured the 2018 Australian KA1 Karting Championship ahead of Broc Feeney before joining the Toyota 86 Racing Series in 2021.

After previously testing fellow Tasmanian Tim Shaw’s Chevrolet Camaro, Dalton will continue his career in National Trans Am next year in a GRM Ford Mustang.

“Luckily Tasmania was pretty open during the pandemic so we did some testing with Tim Shaw and knew straight away that it was an awesome category to jump into,” Dalton explained.

“I love the power, the sound and how much they move around.

“I thought it was a real raw race car.”

“I’ve known Marcos for a while,” Dalton said.

“He has helped me all through my karting so I’ve always leant on him a lot on what my pathway should be and the costs associated with Trans Am, it’s silly not to do it.

“It has the best racing at the moment in the country. Marcos suggested it was probably the best series to take the next step into and then having Tim down here it all makes sense.

“Then to get involved with GRM, it couldn’t have been better.”

Another mentor has been Andre Heimgartner, who works as an instructor alongside Dalton at Driving Solutions.

“I have Andre to lean on as well to ask what he thinks I should be doing and how I should attack a few things helps as well,” Dalton added.

Dalton will take part in a test this Friday at Symmons Plains together with Shaw and Ambrose as he prepares for next year’s campaign.

Despite the lack of on-track action, Dalton has been able to acquaint himself with the Trans Am formula by observing previous tests.

“I’ve been hanging around Tim and Marcos a lot getting to know the car through listening to feedback, whilst watching what a Trans Am can do,” he explained.

Dalton will complete a test with Shaw at Symmons Plains on Friday with Ambrose on hand to oversee the day.