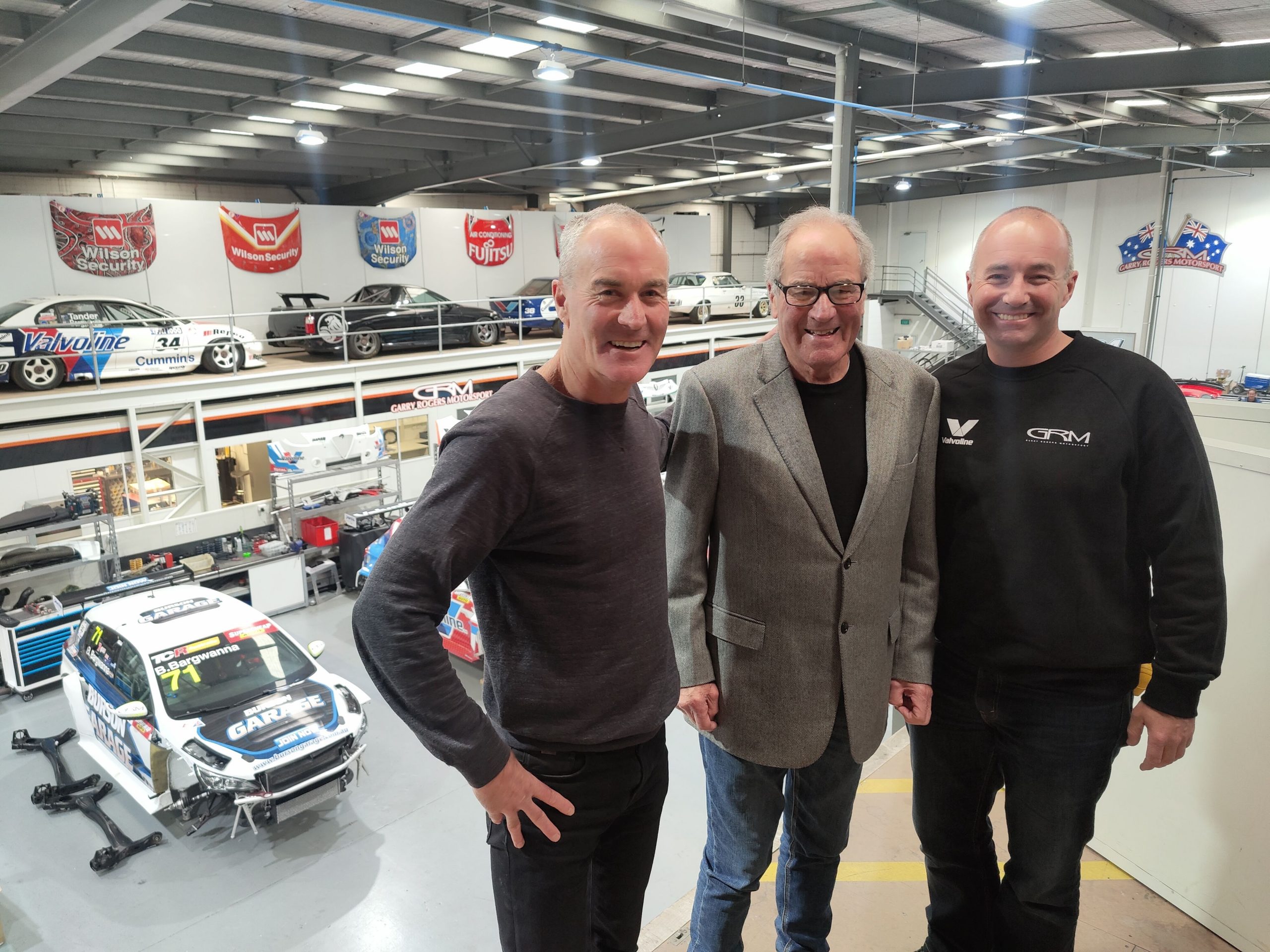 Ambrose, the Australian Touring Car Champion of 2004-05 and a six-time race winner in the NASCAR Cup Series, will perform the role of Competition Director as the team fields several entries in three of Australia’s leading racing categories.

In addition, GRM has built all 17 currently constructed Rogers AF01/V8 chassis for the S5000 category from its facility in Dandenong South, Victoria.

In his new role, Ambrose will be actively involved across a broad range of areas including driver coaching, racecar preparation, engineering and team operations.

The opportunity to join GRM has evolved from Ambrose’s recent return to motorsport as crew chief for friend and fellow Tasmanian, Owen Kelly, who races a GRM-prepared Ford Mustang in the Trans Am Series.

Ambrose brings a wealth of expertise and insight to the team following a celebrated career in elite motorsport across Europe, Australia and the USA.

As a Formula 1 aspirant in the late 1990s, Ambrose competed in European open wheel categories and won the highly competitive Formula Ford Euro Cup in 1999.

From 2001-05, Ambrose made a profound impression on V8 Supercars achieving 28 race victories and two championship titles, before pursuing and ultimately realising a successful career in NASCAR.

Ambrose competed in the NASCAR Cup Series full-time between 2009 and 2014, and in doing so became the first ever Australian race winner in stock car racing’s premier competition.

Marcos Ambrose – Competition Director, Garry Rogers Motorsport
“My relationship with Garry Rogers goes back to the early days of my racing career. Not many people probably know it, but Garry and his long-time sponsor Valvoline supported me in Formula Ford.

“Recently I have enjoyed getting involved with my good friend Owen Kelly and helping him return to motorsport in the Trans Am Series where GRM has been preparing Owen’s car between races. From that Garry and I chatted about helping the team where I could, both in terms of racing and the future growth of the GRM business.

“Garry and Barry (Rogers, son) run one of the most established race teams in the country and from what I have seen to date they have a very skillful and energetic workforce. I have always been passionate about winning and I also enjoy the engineering side of motorsport. Working with the team at GRM gives me a great opportunity to experience both.”

Garry Rogers
“Having Marcos as a part of GRM is not only fantastic for us as a team, but for the sport and the categories we are competing in.

“We all know Marcos is one of the most respected racing drivers Australia has ever produced. You also don’t win two V8 Supercar championships and race for ‘The King’ Richard Petty in NASCAR without developing a sharp perspective on how to go motor racing. That’s not just driving the racecar, it’s working with commercial partners, it’s the mechanical side, it’s organising a team… right down to how you pack the transporter.

“We have a brilliant and experienced team, but we never stop learning and the input of Marcos will no doubt help to bring out the best in all of us.”