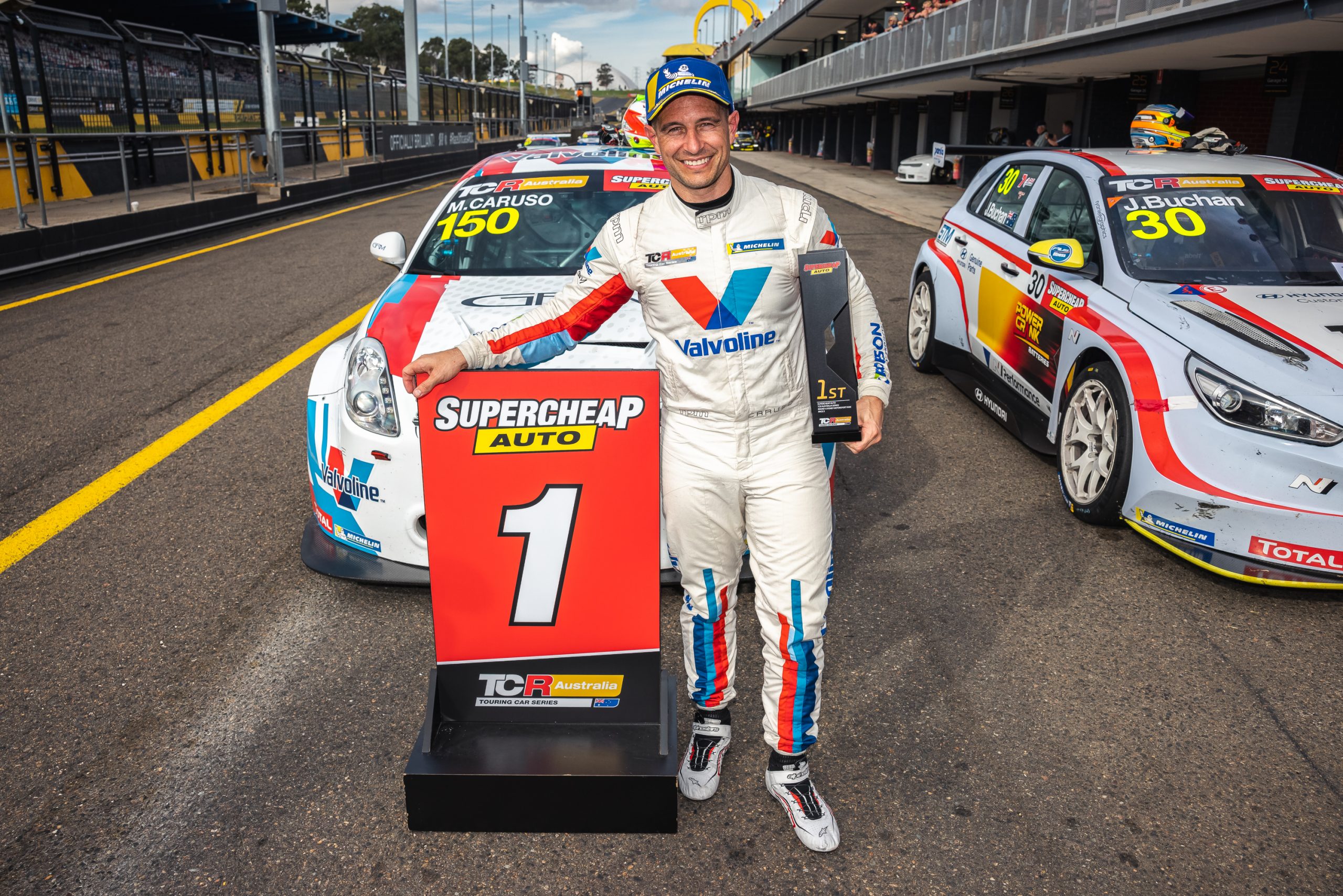 The former Supercars full-timer triumphed in a tense third race of the weekend in the Harbour City that was spent mostly under Safety Car conditions.

It was a fast start that proved to be crucial for Caruso, who charged from the inside of the second row to the lead on the way into Turn 1.

Seconds later the Safety Car made its first appearance thanks to a start-line bingle between Michael Clemente and Jason Bargwanna.

Clemente’s privateer Honda stalled as the lights went out, Bargwanna clipping its rear-left corner as he tried to squeeze past.

The clean-up soaked up the first nine laps, the race finally going green again at the start of Lap 10.

It wasn’t green for long, though, with title contender Alex Cameron hitting the wall on the inside of Turn 1 as he scrapped over seventh place with Luke King and Jason Bargwanna.

By the time the race went green for a third time there was just two laps to go in a time certain finish due to the TV window.

What followed was a thrilling Shootout for the win, two-time race winner Josh Buchan (HMO Customer Racing Hyundai) piling the pressure on Caruso.

The leader’s saviour wound up being third-placed Dylan O’Keeffe, who latched on to Buchan and gave Caruso the breathing room he needed for a first TCR win.

“It’s really cool to grab my first win,” he said. “We’ve had a solid weekend.

“It doesn’t matter what you’re racing, you want to win. That competitive spirit runs right through the race team. I’m excited for what the rest of the year is going to bring.”

Buchan capped off a good weekend with second, while O’Keeffe was third on the road only to be handed a post-race penalty due to a safety car restart breach.

That promoted Nathan Morcom (HMO Hyundai) to the last step of the podium ahead of James Moffat (GRM Renault) and Melbourne Performance Centre Audi pair King and Chaz Mostert.

Thanks for Cameron’s crash Mostert now holds a 93-point lead heading to the next round at Morgan Park in July.