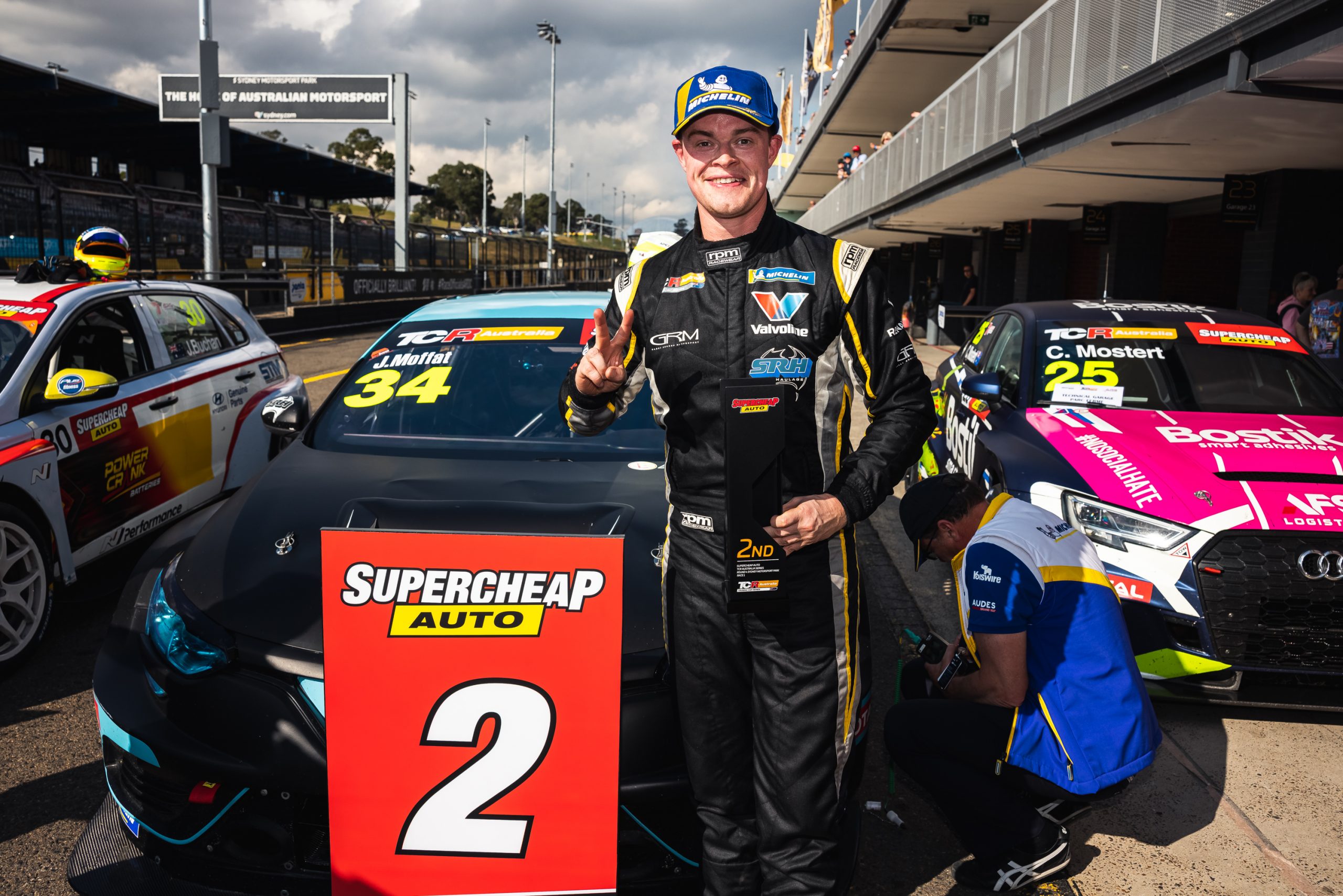 The HMO Customer Racing Hyundai driver found himself alone on the front row at the start courtesy of some pre-race drama for Dylan O’Keeffe.

The polesitter had an issue with his Garry Rogers Motorsport Renault on the way to the grid, and while the team were able to get the car running, O’Keeffe was penalised for lifting the bonnet on the grid. That meant he started from pitlane and Buchan had the front row to himself.

The Hyundai ace didn’t win the start, though, that honour going to John Martin who surged into the lead in his Wall Racing Honda.

But Martin didn’t have the pace to hold off Buchan for long, the lead changing hands a few laps later after a bold move around the outside going into the fast first corner.

Once in front there was no stopping Buchan, his final winning margin over James Moffat and Chaz Mostert more than three seconds.

Moffat followed Buchan through on Martin before going on to finish a lonely second place. Series leader Mostert, meanwhile, made good progress to snare the final spot on the podium.

Alfa pair Michael Caruso and Jordan Cox finished sixth and seventh, with the Peugeot of Aaron Cameron home in ninth, while O’Keeffe worked his way back to 10th.