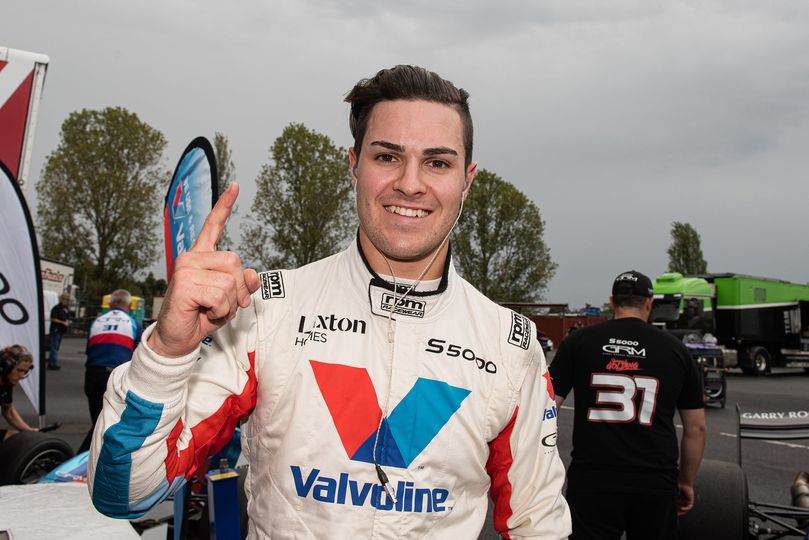 Things got off to a confusing start in mixed conditions, when the officials started the race before the formation lap had been completed.

The mix-up was costly for both Team BRM entries. Pole-sitter Joey Mawson spun off into Turn 4, while points leader Thomas Randle was left with a broken front-right corner after tagging Kaleb Ngatoa.

The race was red-flagged as Randle’s car was retrieved from the exit of Turn 4, Nathan Herne, Golding and Mawson taking the opportunity to switch to slick tyres.
The race, now a seven-lap sprint, restarted behind the Safety Car with Golding leading Herne and Mawson at the back of the reduced 10-car field.

Initially the wets looked like the right tyres, Cooper Webster and Ngatoa blasting past Herne and looking like they’d chase down Golding.

That was until they got stuck in their own battle over second place, which came to an end of the second-last lap when Webster spun at Dandenong Road and was left beached in the gravel.

By then Golding had checked out, his final winning margin a handy 3.7s.
Herne ended up second, the conditions improving enough for him to run down the wets-shod Ngatoa on the final lap.