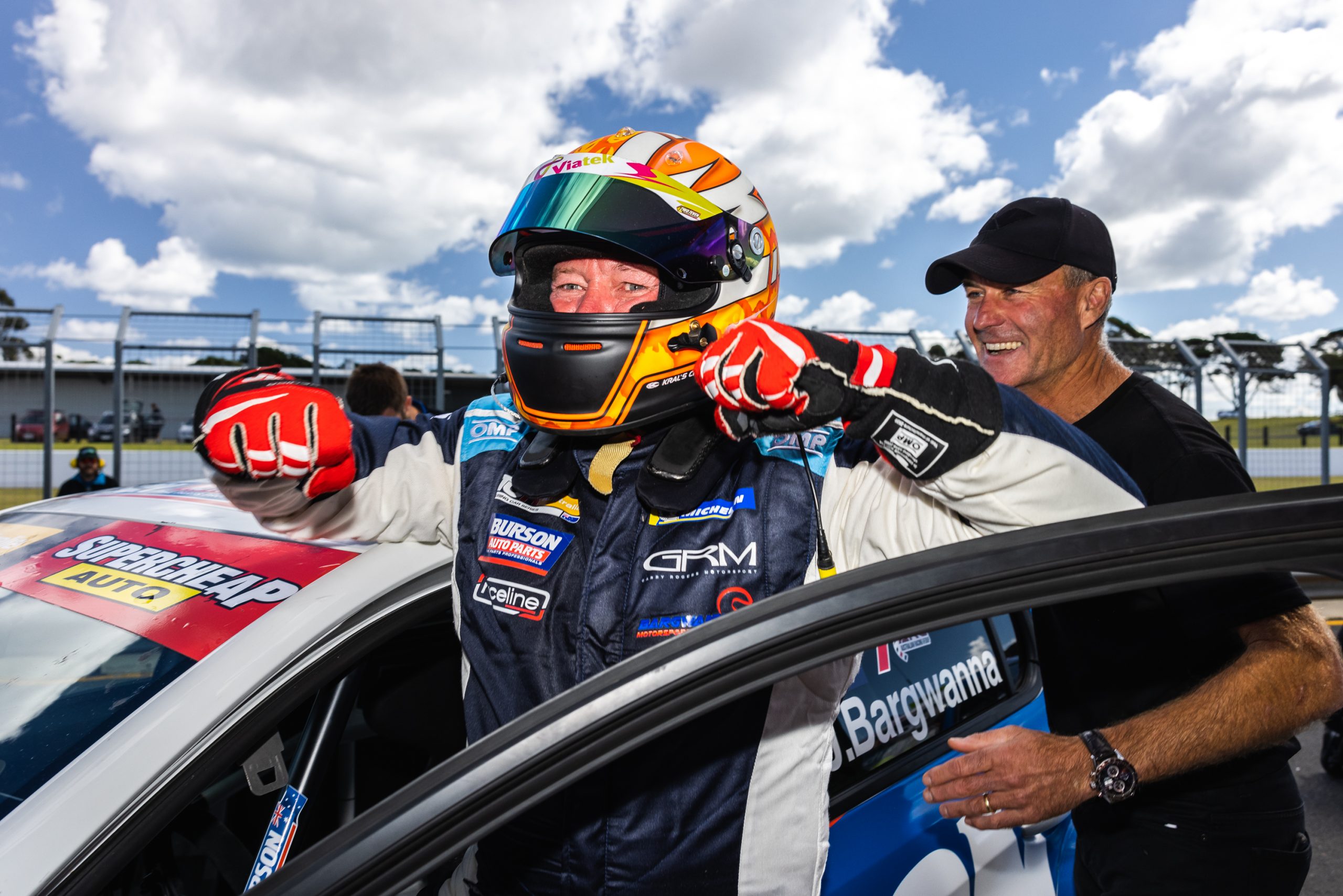 Chaz Mostert was in strong form and looked set to win his third race of the weekend but suffered a puncture on Lap 12 and dropped out of contention.

John Martin got off to a flying start but the Melbourne Performance Centre Audi RS3s defended the road on the run down to Turn 1.

Front-row starter Luke King found himself off the road at the Southern Loop after losing it on his own, putting team-mate Mostert into the lead.

Mostert opened up a margin of 2.3s after seven laps but Bargwanna was right on his heels when the front-right tyre let go on Mostert’s Audi.

Ben Bargwanna, son of the race winner, took sixth in another Peugeot, while seventh through 10th was Dylan O’Keeffe, Jay Hanson, Josh Buchan, and Aaron Cameron.

Mostert got home in 18th position after his tyre troubles, behind the Alfa Romeo of Michael Caruso who started from the pits.

Round 3 will take place at Mount Panorama from April 2-4.