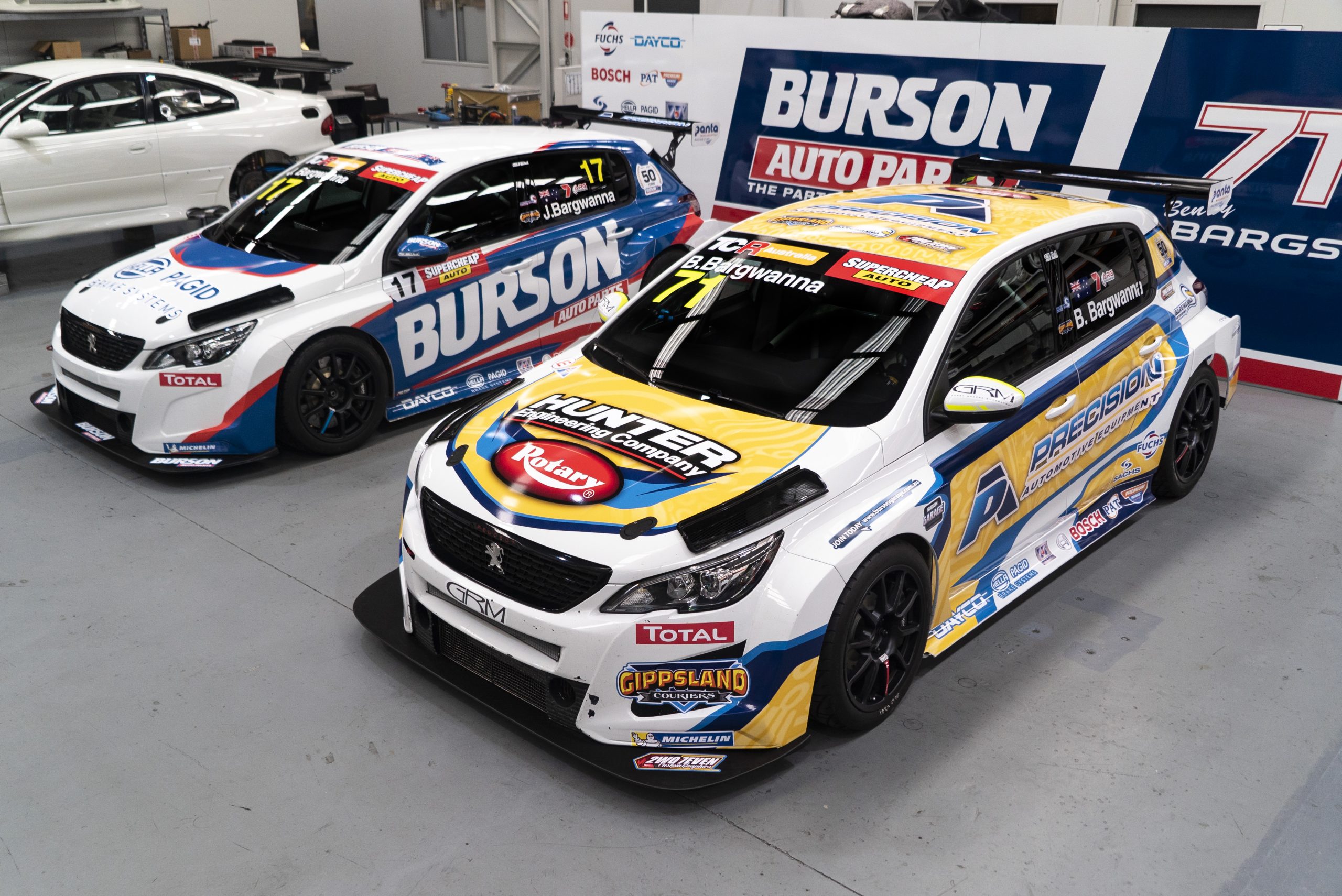 Ben Bargwanna will compete in Round 2 of the Supercheap Auto TCR Australia Series with a brand-new look for his #71 Peugeot 308 entry.

Established in 1996, Precision Automotive Equipment has a long-standing history in the Australian automotive repair industry as a specialist in the supply, distribution and service of a full range of premium automotive workshop equipment including exclusive distribution for both Rotary and Hunter.

Branding for Rotary and Hunter can be seen on the bonnet of the #71 Peugeot, with Precision Automotive Equipment down the flanks.

Revealed at a special livery launch for Burson Auto Parts and Precision staff members at the Garry Rogers Motorsport race shop in Dandenong South, the car will hit the track in anger this Friday for two practice sessions at the famous Phillip Island circuit.

Ben Bargwanna says that he is looking forward to getting his new look Peugeot on the Island circuit.

“It’s great that Burson is using its partnership with our team to showcase the wide range of brands that are under the Burson umbrella,” said Bargwanna.

“The yellow look is really going to stand out amongst the TCR field, so you definitely won’t be able to miss my Peugeot.

“I love the Phillip Island circuit. I’ve raced there plenty of times, and it’s always an awesome place to compete. We had the test day there back in January and that was very successful, and the times between the field was really close, so we know we are in for a fight when we hit the track.”

Two practice sessions will be held on Friday, followed by qualifying and Race 1 on Saturday and two more races on Sunday.

All of Saturday and Sunday’s action will be broadcast live and free on the screens of Seven in Australia, Sky Sports in New Zealand and motorsport.tv around the world.