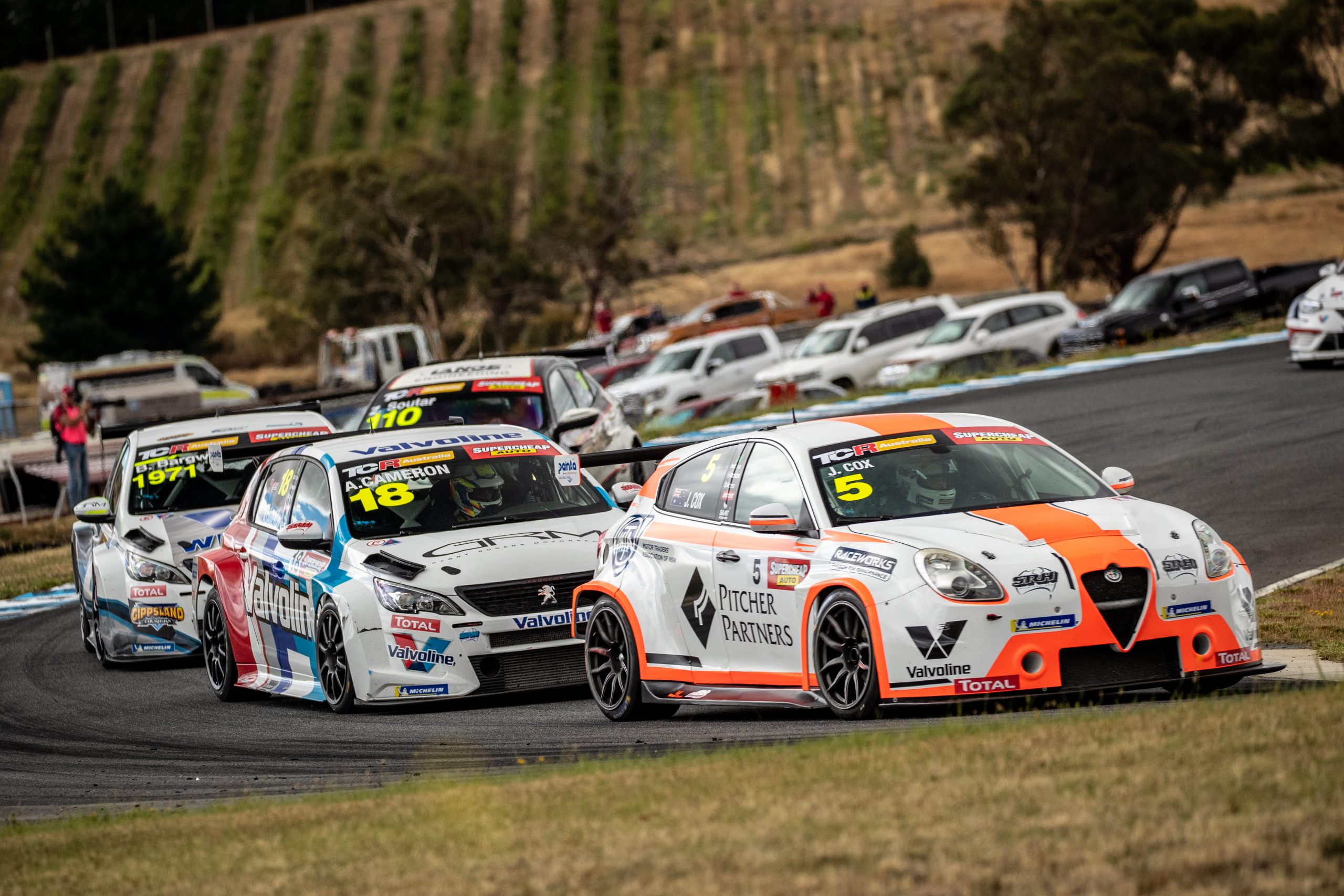 The six TCR drivers competing in the inaugural Baskerville Invitational have enjoyed two spirited battles at the 2.01km circuit today.

Supercheap Auto TCR Australia Series leader claimed the first race win, while Ben Bargwanna scored the win in a shortened Race 2 after a Dylan O’Keeffe suffered a mechanical failure on the front straight.

The first race saw a see sawing battle between all drivers, with each spending time at the pointy end of the field.

The second race looked set to be a repeat, only for O’Keeffe’s incident on the front straight bringing out the red flag and an early end to proceedings.

See below for raw sights, sounds and interviews from Baskerville Raceway near Hobart.