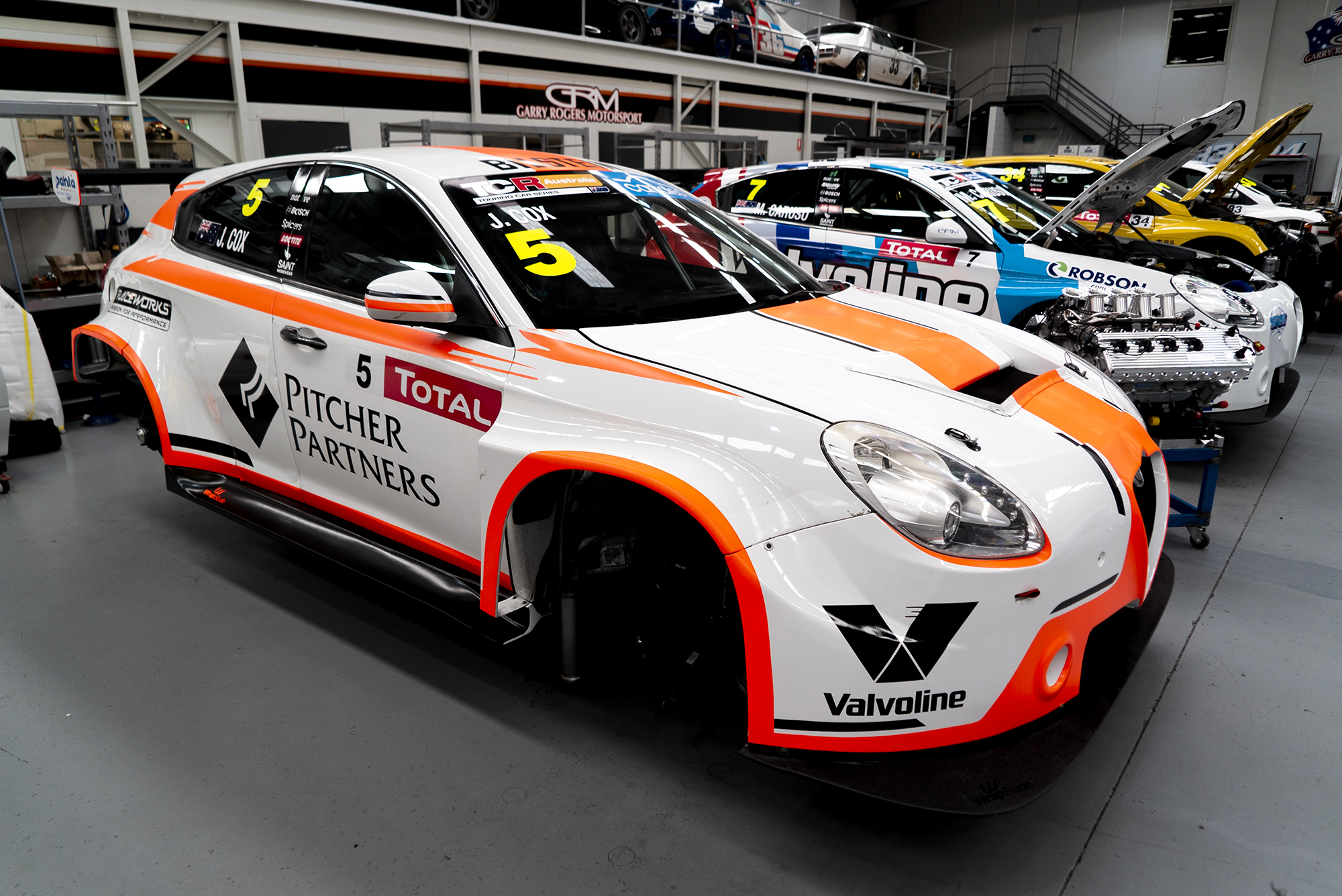 Jordan Cox will sport a speedy new livery for the 2021 TCR Australia Series.

The Garry Rogers Motorsport Alfa Romeo driver will be seen in a distinctive white and orange look that he hopes will catch the attention of fans at the track and on TV.

The New South Welshman will return to the turbo-charged category next year after an impressive debut last year where he ruffled the feathers of more experienced racers in his maiden appearance in a top-line national series.

With major sponsorship from Pitcher Partners, Cox is looking forward to getting back behind the wheel of his Alfa.

“The livery is something a bit different, a bit flashy. The plan was to do something that stands out from the pack,” he said.

“We’ll have some rotating sponsors through the season, so the livery will make it easier to do that.

“Our intention is to do the full series, and I can’t thanks to Garry and Barry (Rogers) for putting their faith run me to have another crack at it.”

Cox, who made his name in state-based improved production car racing, says that there were a number of lessons that he learned in 2019 that will put him in a better space for 2021.

“We want to win the series. It’s as simple as that, but I know that I’ve got some areas to improve on if that is to be the case,” he said.

“We’ve worked on a few things from last year and looked at areas to do better at, in particular getting used to a slick racing tyre. You can lean on the green tyre so much more in qualifying, or when the tyres are cold, and that has been my focus.

“And you need to try to keep a cool head at the same time. We know that we had the speed last year, but you need to maximise every opportunity.”

The opening round of the 2021 TCR Australia Series will be at Symmons Plains Raceway in Launceston, Tasmania, on January 24-26.

CLICK HERE for tickets to Race Tasmania – a unique two event motorsport festival at Symmons Plains and Baskerville Raceway in late January that will include TCR Australia, S5000, Touring Car Masters and Trans Am.

Cox has never raced at the unique 2.41km track, but is confident that he will be able to get on top of it quickly.

“I’ve haven’t raced at Symmons, and the trick will be to learn it as quickly as possible,” he said.

“It looks like a simple track from the outside, but I’ve got no doubts its technical. When I first raced at Queensland Raceway in the TCR Alfa, my idea of the track was nothing like the reality, so I’d imagine this will be the same.”

Cox will be one of at least three Alfa Romeos in the TCR Australia Series, joining Valvoline-backed Michael Caruso and Ash Seward Motorsport youngster Jay Hanson.