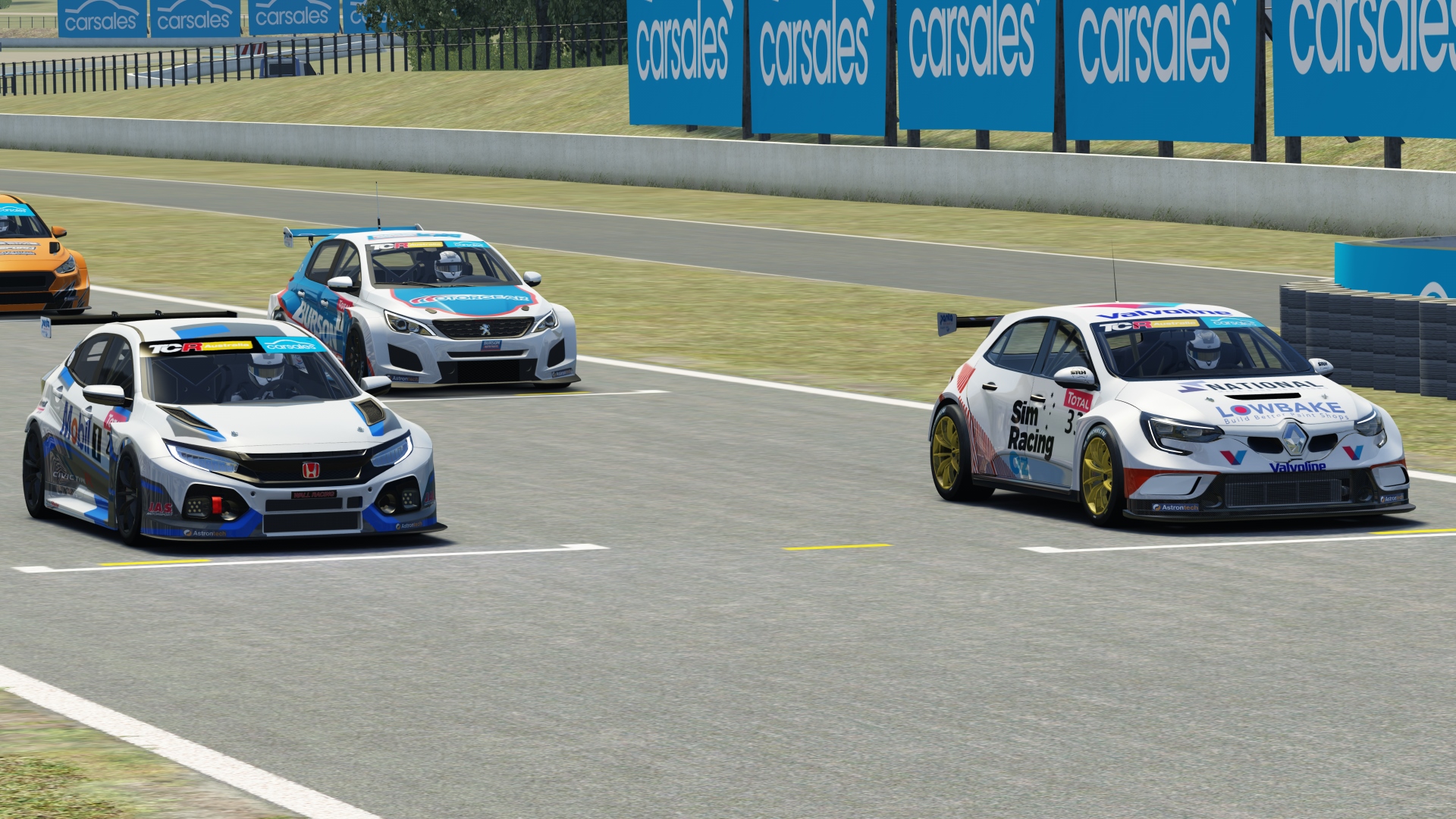 In Race 1 (Round 5 of the title) of the TCR Australia SimRacing Series at Sydney Motorsport Park series leader Renault driver Dylan O’Keeffe made the best start and held off an ambitious outside attempt from John Martin at Turn 2.

From that point, it was a case of ‘catch me if you can’ from O’Keeffe, who gapped the field and was never in danger.

Ben Bargwanna qualified third and eventually finished third, but he made the first part of the race difficult for himself. The son of former Bathurst 1000 champion Jason made a tardy start and dropped to fifth. He made a move on Luke King for fourth on the third lap, and made the move stick, only for King to immediately bump him down to sixth.

‘Bargs Jr’ chipped his way through the field to get back to third place in his Burson Auto Parts Peugeot 308.

O’Keeffe said he was surprised to take pole, but pleased with the win.

“It was exactly what I was need,” said O’Keeffe.

“I didn’t think I had the pace for pole. I thought Ben (Bargwanna) was going to drop in with a fast time at the end, but he missed out.

“The race was good. John and I were quite quick, but I was pleased to get the race win.”

In the second reverse grid race Dylan O’Keeffe and Ben Bargwanna were both involved in incidents on the opening lap. Dylan managed to recover to 6th and Ben 11th.

The next round of the series will be held at the Surfers Paradise street circuit in two weeks time.