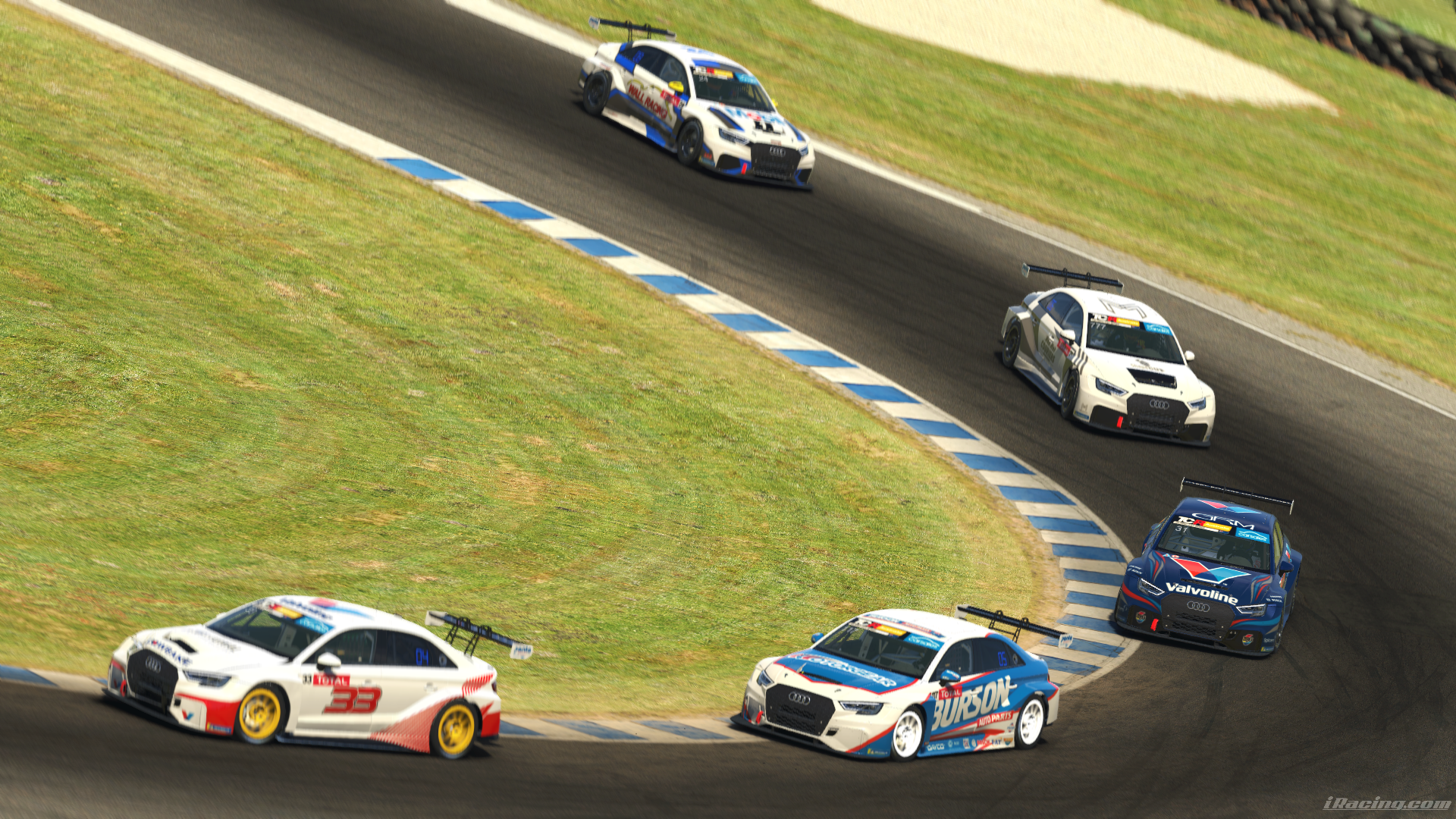 To celebrate the final round of the inaugural carsales ARG eSport Cup series, introduced by the Australian Racing Group during the COVID-19 pandemic, all 40 regular drivers will pair up with a racer of their own choice in the Audi touring cars at Mount Panorama this Thursday.

Valvoline-backed TCR Australia driver Michael Caruso will be partnered by motorsport.com journalist and his Below the Bonnet podcast co-host Andrew van Leeuwen.

Renowned sim racer and GRM representative Luca Giacomin, who has competed in selected rounds of the ARG Cup, will pair with Aaron Cameron.

Another recent wildcard driver, Luke King of Toyota 86 fame and ARG Cup winner at Silverstone in the Formula 3 car, will drive alongside Jordan Cox, currently fifth in the standings.

As previously confirmed Jackson Souslin Harlow will be driving with Dylan O’Keeffe and  Jason and Ben Bargwanna sharing their first Bathurst endurance race together, albeit in the virtual world.