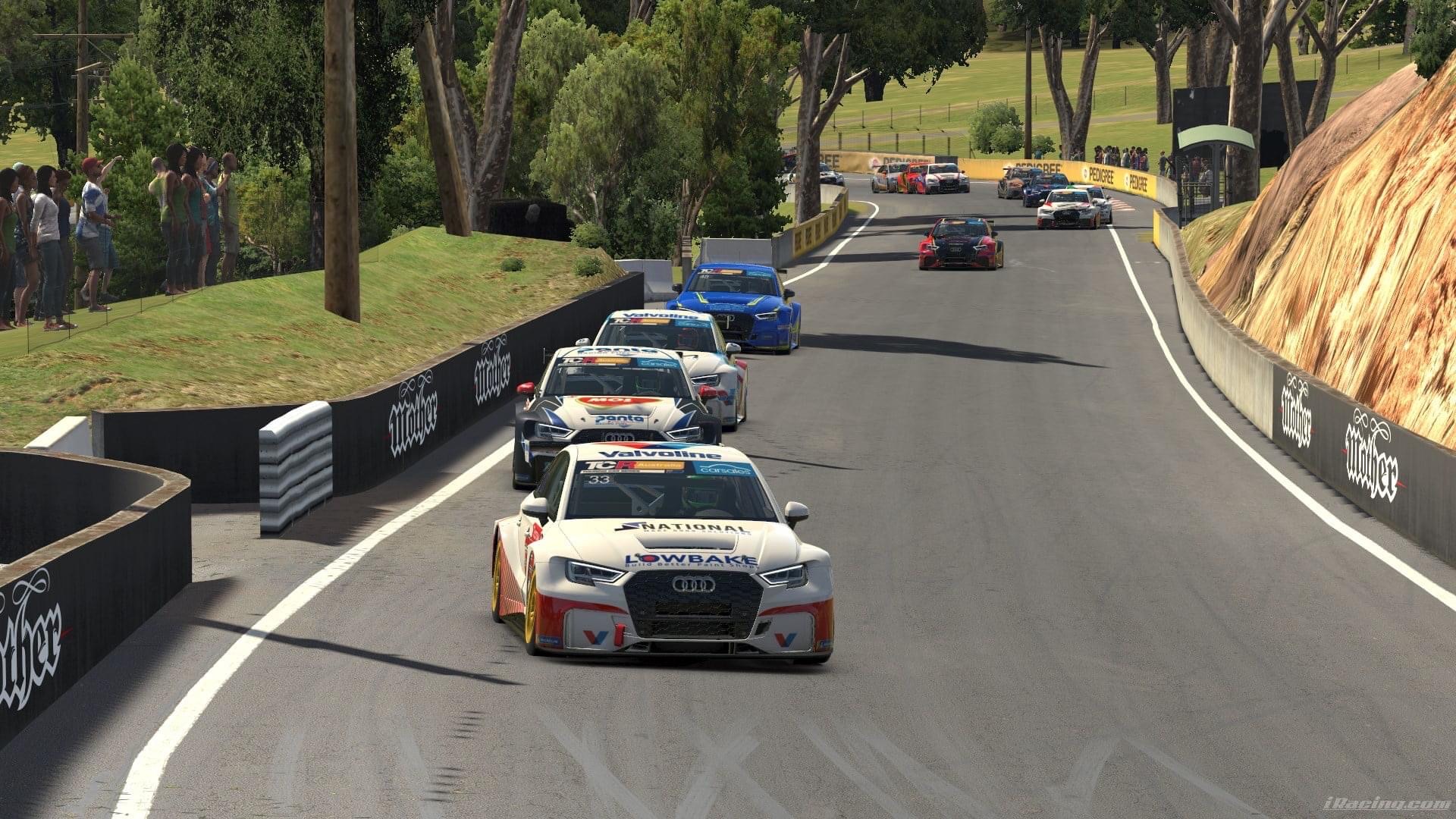 The 10th and final round of the carsales ARG eSport Cup next week will be a two-driver touring car endurance race at Mount Panorama, Bathurst.

The unique race will see the 40 regular competitors in the ARG-run series chose their own co-drivers for the event, with double points on offer that will ultimately determine the champion.

Using the popular iRacing software, two drivers will share one car, regardless if they are sharing the same simulator, or live on the other side of the world!

The regular ARG eSport Cup drivers can chose any driver – real world or pro sim racer – and leading drivers in the series are already starting to lock in their partner.

Dylan O’Keeffe has already secured his co-driver, he has signed young karter Jackson Souslin Harlow to drive his #33 GRM entry.

“Once I found out the news, I knew I needed to lock away the best sim driver as I could to keep my chances in the series fight alive,” said O’Keeffe.

“I’ve raced against Jackson before numerous times. He is definitely quick and consistent, and he’s one of the fastest drivers in the Audi. He is really enthusiastic about being involved and has already started to test to ensure that he will be fast for the event.

The two driver race will also give a unique opportunity for fathers and their sons to compete together with the Bargwannas (Jason and Ben) confirming that they will pair up in the Burson Auto Parts car.

More co-driver announcements will be made ahead of the final round at Bathurst next Thursday night.

After the penultimate round at Imola last night four GRM drivers sit in the top ten in the championship.

Series points after Round 9