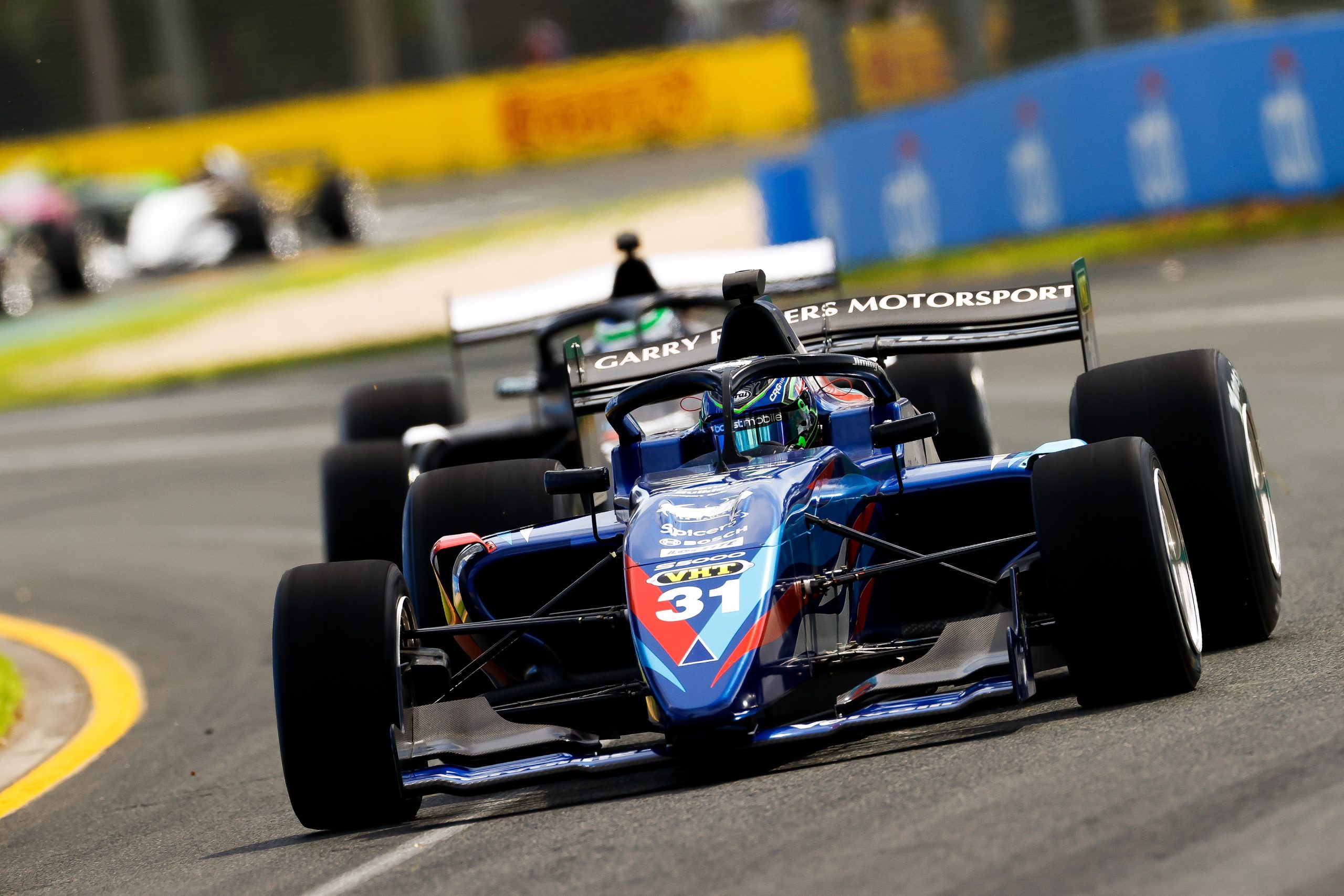 James Golding has created a piece of history at Albert Park today, claiming the first-ever pole position in ‘championship conditions’ for the VHT Australian S5000 Championship.

Driving his Valvoline GRM S5000, Golding pipped Thomas Randle by 0.1s after a tight, tough session that included a red flag period for Rubens Barrichello, who beached his Pilatus-backed car at Turn 3.

Golding was the fastest in the morning’s practice session, and continued that strong form into qualifying, outdoing Randle, despite the latter’s best efforts.

Randle held the top place in the opening stages before the Barrichello red flag, but will start outside of the front row, just ahead of an impressive Ricky Capo who ended the session third.