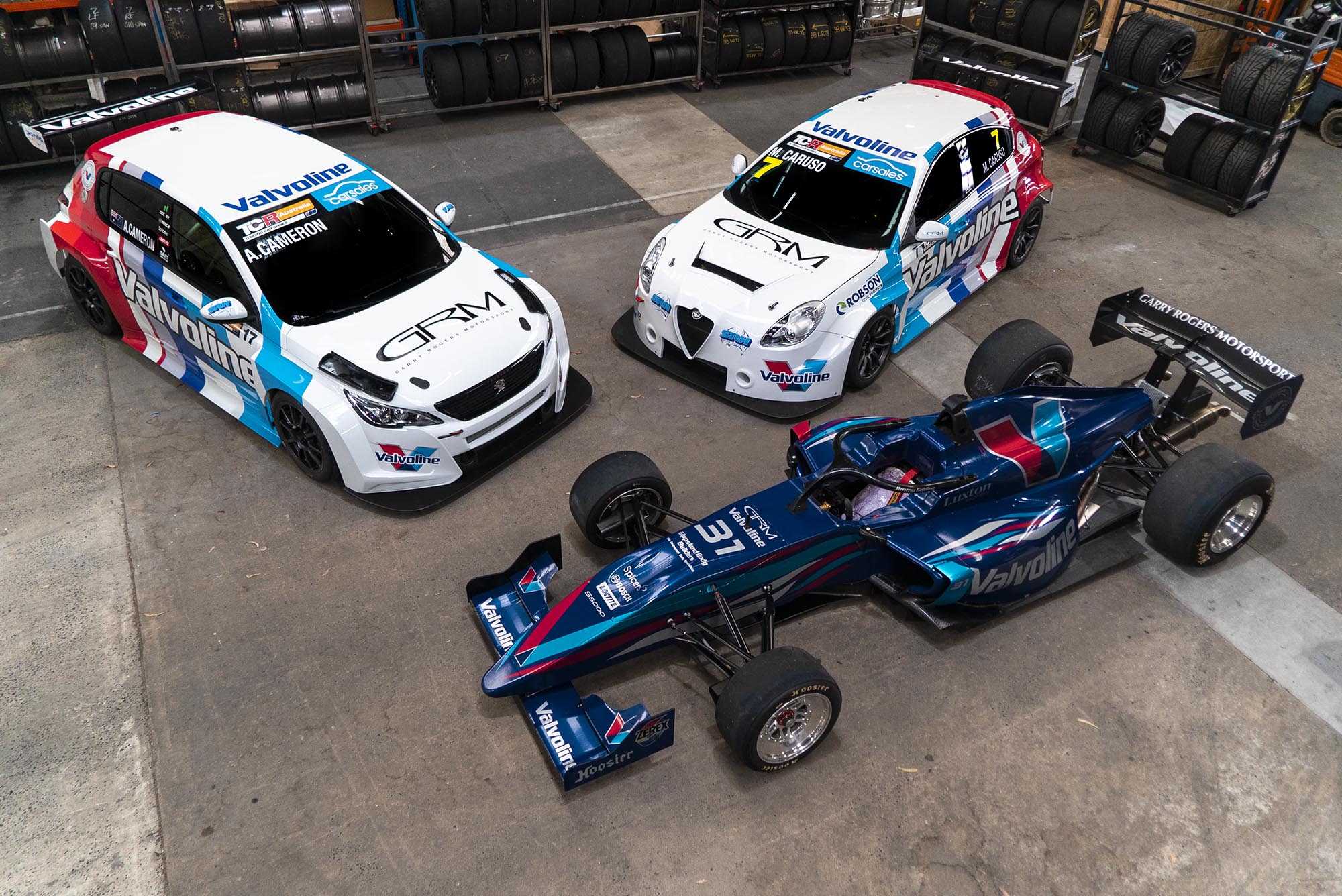 Valvoline Australia has upped its motorsport ante in 2020, with the famous lubriants company revealing a unique three-car sponsorship deal with Garry Rogers Motorsport.

The three cars will compete in the Shannons Motorsport Australia Championships, headlined by the TCR Australia and S5000 categories respectively.

This year marks an unbroken 30-year partnership between Valvoline and Garry Rogers Motorsport, with the pair enjoying success in a wide range of categories, including victory together in the 2000 Bathurst 1000 with Garth Tander and Jason Bargwanna, among numerous other victories.

Cameron’s Peugeot carries an identical livery to that of Caruso’s Alfa Romeo, while Golding’s S5000 car features a striking blue that will be hard to miss on track.

All three Valvoline cars will make their race debuts at the Formula 1 Rolex Australian Grand Prix on the Albert Park street course on March 12-15.

“Valvoline is pleased to continue an unbroken 30-year partnership with GRM. The work ethic at GRM, dedication and family values resonates with Valvoline’s culture,” said

“To have three top-line cars competing across Australia in these two dynamic and emerging categories, in S5000 and TCR Australia, is fantastic and we look forward to being a part of the development of a new era in Australian Motorsport.”

“For in excess of 30 years, GRM has been fortunate to have the support of Valvoline – one of the world’s best lubricant products,”

“We are so excited to announce our new program for the coming season. Our two car TCR program with Michael Caruso and Aaron Cameron, and of course the S5000 with Jimmy Golding.