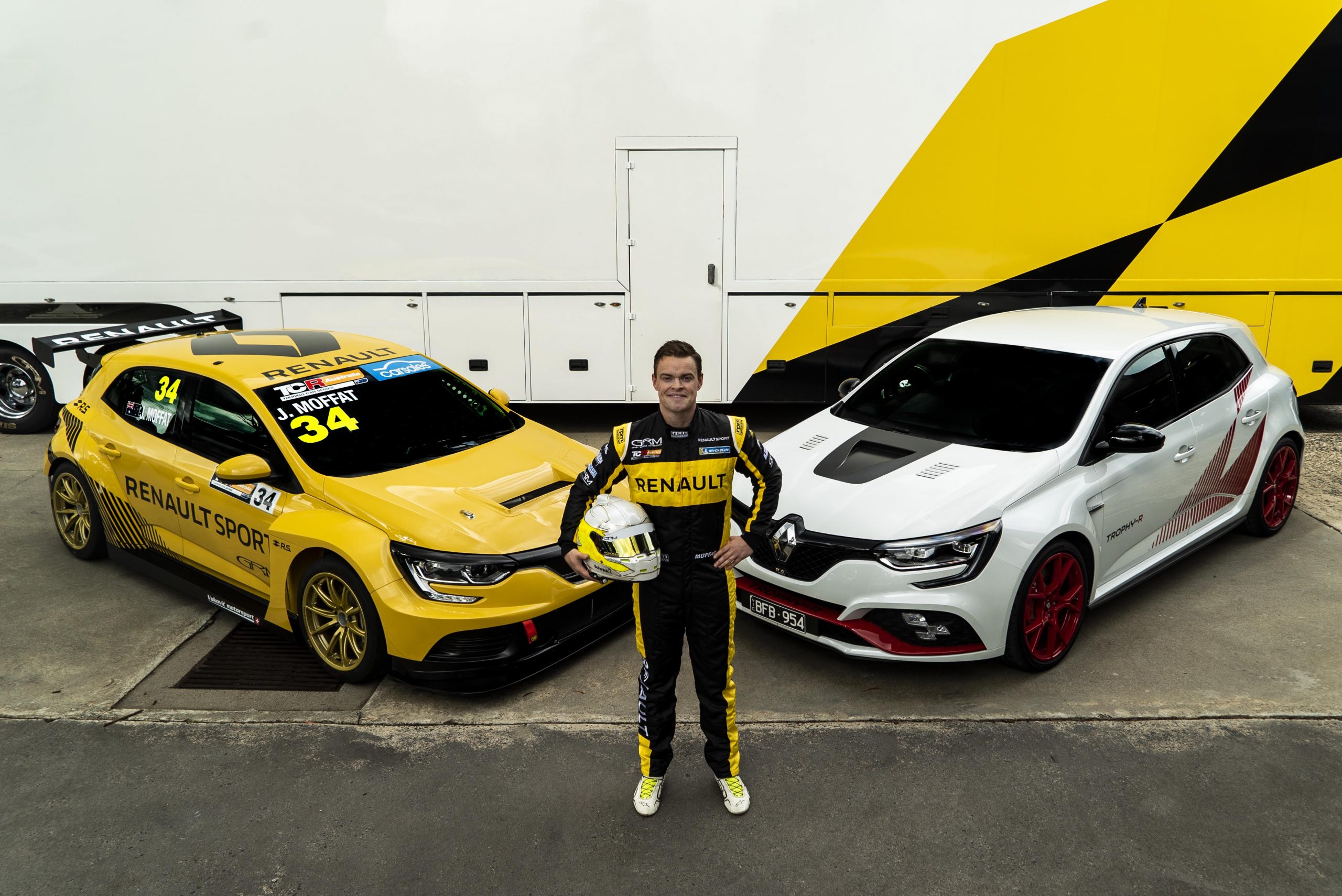 The Renault Sport GRM Megane R.S. TCR livery is designed to be recognisable at first glance with its unique Renault yellow colour and touches of black highlighted by the double lateral diamonds along the side,” Renault Australia Marketing Director Felix Boulin said.

“We are proud to continue to build our association with Garry Rogers Motorsport, further expanding our motorsport presence in Australia beyond Formula 1 and continuing to strengthen the connection between Renault’s racing heritage and our everyday road vehicles,” Boulin continued.

Engrained in Renault’s immense history in motorsport, the Renault Megane R.S. brings to the roads the technologies and know-how Renault Sport has developed on the race track.

“New Mégane R.S. Trophy-R completes the Mégane R.S. range with a more extreme version. It is very similar to a racing car, but is certified for the public highway. We know there are customers looking for this type of car, and not every driver should be put behind the wheel of such a car. For the engineers it’s an opportunity to concentrate their know-how to produce the fastest car possible. The Nürburgring record is a demonstration of that performance.” Patrice Ratti, Renault Sport Cars General Manager.

Providing further correlation to the exclusive Trophy-R, the Renault Megane R.S. TCR car is the most high performance Renault TCR car ever to hit an Australian race track.

Over the off-season the team of engineers at Garry Rogers Motorsport, in partnership with Vukovic Motorsport in Switzerland, have pushed their expertise further than ever before to prepare the Renault Sport GRM TCR 2020 entry.

“We learnt a lot from our first campaign with Renault 2019 and during the off-season we have worked in collaboration with Vukovic to find every possible improvement to the car, from durability to performance,” Barry Rogers, Director Garry Rogers Motorsport.

“TCR has really brought a new level of excitement back into our workshop, and our involvements with Renault and the level of interest from Renault owners and fans in 2019 has really inspired us to push our engineering efforts even further in 2020 as we chase Renault’s first ever TCR race win in Australia” Rogers continued.

“As a race team it is inspiring to be racing with the signature Renault Sport diamonds and the R.S. Logo. The Renault Brand is steeped in motorsport history and we are proud to be playing our part in its continued evolution on the race track,” he added.

The Renault Sport GRM Megane R.S. TCR Car will once again be campaigned by James Moffat, who is eager to get behind the wheel of the new and improved Megane R.S.

“It’s exciting to finally show of our 2020 Renault Megane R.S. TCR car, the distinctive Renault yellow is really going to stand out on track and it’s great to pay homage back to the Trophy-R, which is truly an unique offering for Australian customers looking for this type of car,” James Moffat said.

“The whole team at GRM have been working really hard during the offseason to find new levels performance for both this car, and Dylan O’Keefe’s Megane and we can’t wait to get started,” he continued.

The first public outing for the Renault Sport GRM Megane R.S. TCR car will be at the Formula 1 Australian Grand Prix 12 – 15 March.