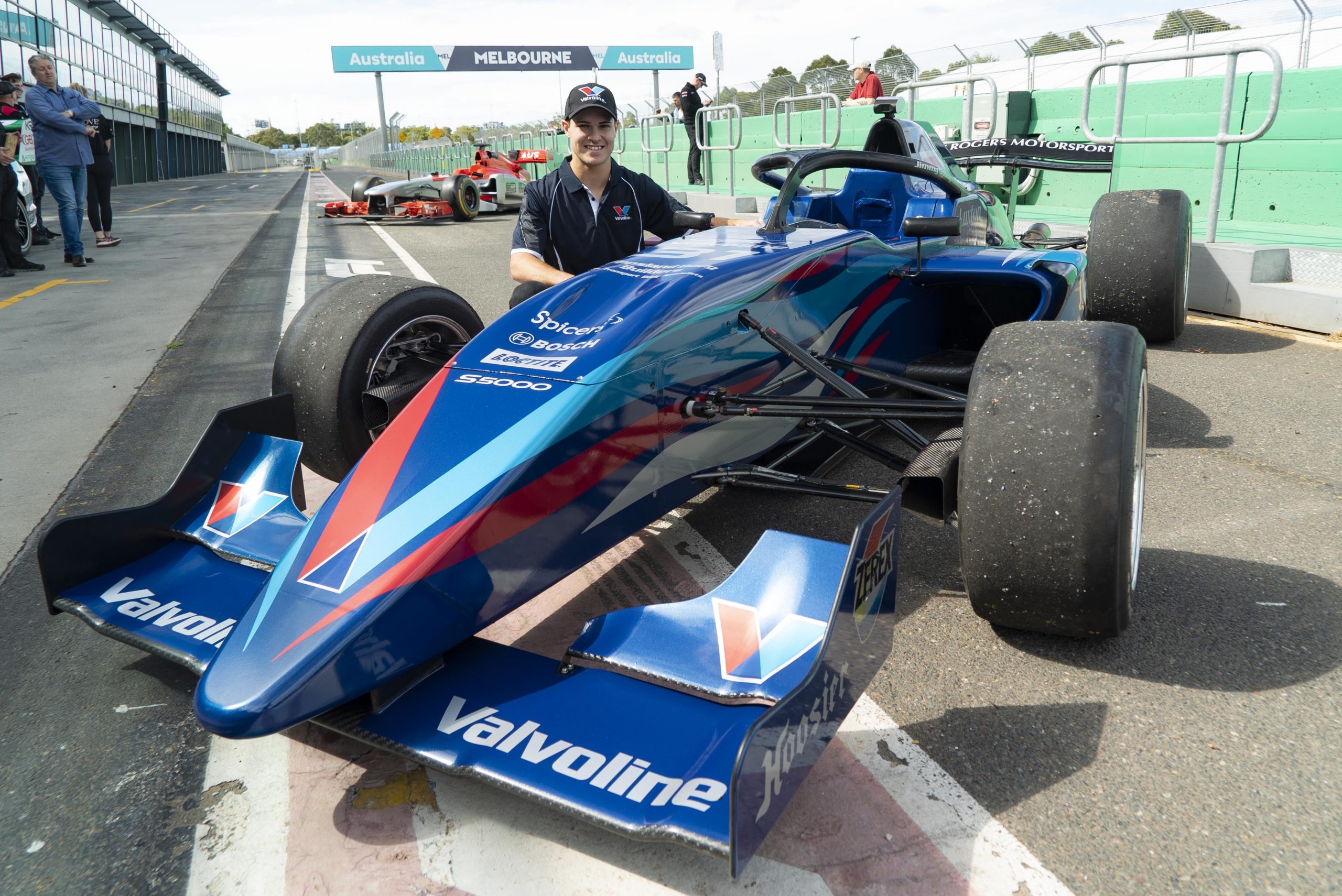 James Golding has taken the wraps off his 2020 S5000 challenger, supported by Valvoline Australia.

The all-new S5000 class will hold the first round of its championship at Albert Park, with a crack field of drivers, including ex-F1 star Rubens Barrichello, already confirmed to compete at the street track.

Golding’s car is the second Team Valvoline GRM entry, following Michael Caruso’s Alfa Romeo that he will use in the carsales TCR Australia Series.

Golding says he loves the new look of his S5000 and can’t wait to hit the Albert Park circuit.

“It’s great to reveal the new Valvoline livery and I can’t wait to get it on track and see how fast it is,”

“The blue in the car is very bright, and depending what angle you look at it, the colour changes. It is really going to stand out on and off track.

“It’s great to have the support of Valvoline. They have obviously had a long association with GRM, and for me to be representing them in S5000 is an honour.

“It will be great to race against Rubens (Barrichello) here at Albert Park. Someone of his stature in our class is amazing and to race against him, in front of the F1 teams, will be incredible.”

Most of S5000s competing in the 2020 title will be at the pre-season test at The Bend Motorsport Park on February 28 ahead of the opening round of the championship at Albert Park on March 12-15.