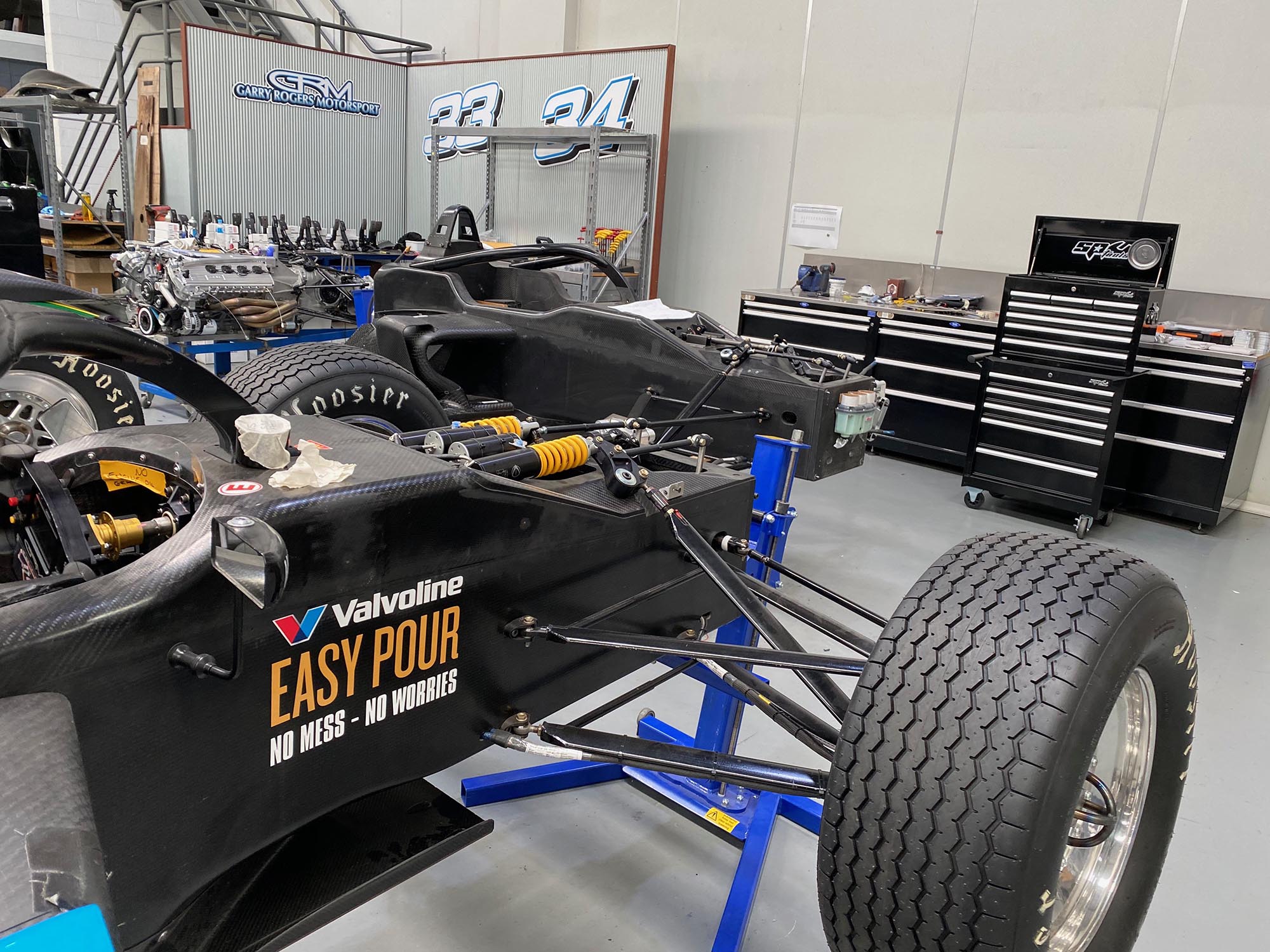 The opening round of the 2020 Australian S5000 Championship could feature three brand-new S5000 race cars after the arrival of a new batch of tubs at Garry Rogers Motorsport.

The Melbourne-based team welcomed the delivery of the new tubs from Ligier-Onroak in the United States, with the team now working towards having them ready for pre-season testing and the first round of the series at Albert Park, supporting the Formula 1 Rolex Australian Grand Prix.

It means that 17 of the V8 powered race cars could be on the grid at the Albert Park street race.

Another three tubs remain on order and, once delivered and built, will bring the total available cars up to 20.

The S5000 features locally-designed and developed production components, built around the Ligier-Onroak chassis. The category has poised itself to return top-level open wheeled race cars to Australian race tracks.

GRM’s own driver James Golding has confirmed that he will be on the grid for the 2020 season, as well as former Australian Gold Star winner Tim Macrow and Braydan Willmington, with a number of exciting team/driver announcements planned for the next couple of weeks.

The Formula 1 Rolex Australian Grand Prix will be held on March 12-15. S5000 is expected to follow its championship format, as pioneered during the two ‘launch’ races late last year, with a Qualifying race on both Friday and Saturday, and the Feature event on Sunday, as part of what looms as the best supporting race programme for several years at the AGP.

“When we took the original cars on, the aim was to have 14 for the first event, which we achieved,” said Barry Rogers.

“Our overall objective was to have a total of 20 cars in the country, because we believe that this category has all of the ingredients to be a successful, exciting show.

“Any reasonable motorsport category needs to have at least 20 cars, so we’ve stuck with the plan, and this is the first instalment towards that.

“GRM has not wavered from its commitment to this class. All of our team really love being involved and we are extremely proud of the staff and what we’ve have been able to achieve.

“There will be no problem getting these cars ready. We were able to build 14 cars in a short space of time, so these three will come together quickly and will be ready for some pre-season testing.”

“Completion of these additional cars is another great step in the introduction of S5000,” said Chris Lambden.

“Behind the scenes, we are close to finalising a strong line-up for the 2020 championship. Motorsport has become expensive in some areas, and so the significantly cost-controlled budget that we are able to offer – along with the challenge of driving what will be the fastest race cars in Australia, and NZ, in a prestige national championship – is proving attractive.

“There have also been some good ‘evaluation’ tests of late, all of which points to a quality line-up.”