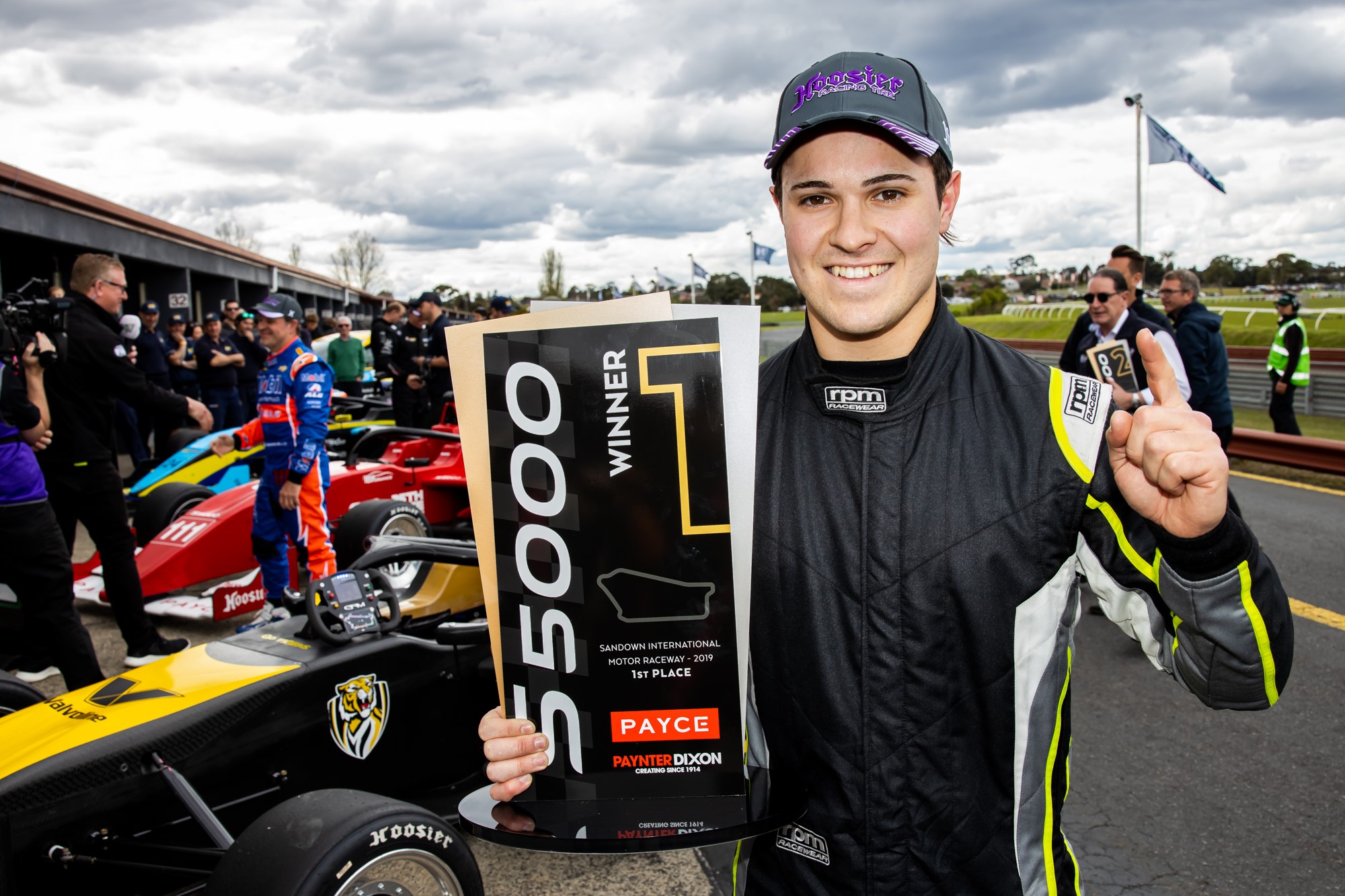 A great September Sandown crowd was in attendance, with Golding starting smartly in the 25-lap main event.

Golding was a late addition to the S5000 field and proved his potential when he ran in the leading group from the start of the action at Sandown. He was quick, poised and trouble-free when other more-experienced drivers made mistakes, starting from pole

Ricky Capo triggered a Safety Car intervention when he spun on the first lap and then race leader and yesterday’s winner Tim Macrow went backwards into the gravel trap at the first corner on the re-start.

Once their cars were removed the scene was set for a 20-lap battle but officials called an early halt when Davison crashed while battling against Matt Brabham.

The next time the S5000 cars return to the circuit will be at The Bend Motorsport Park on November 15-17.