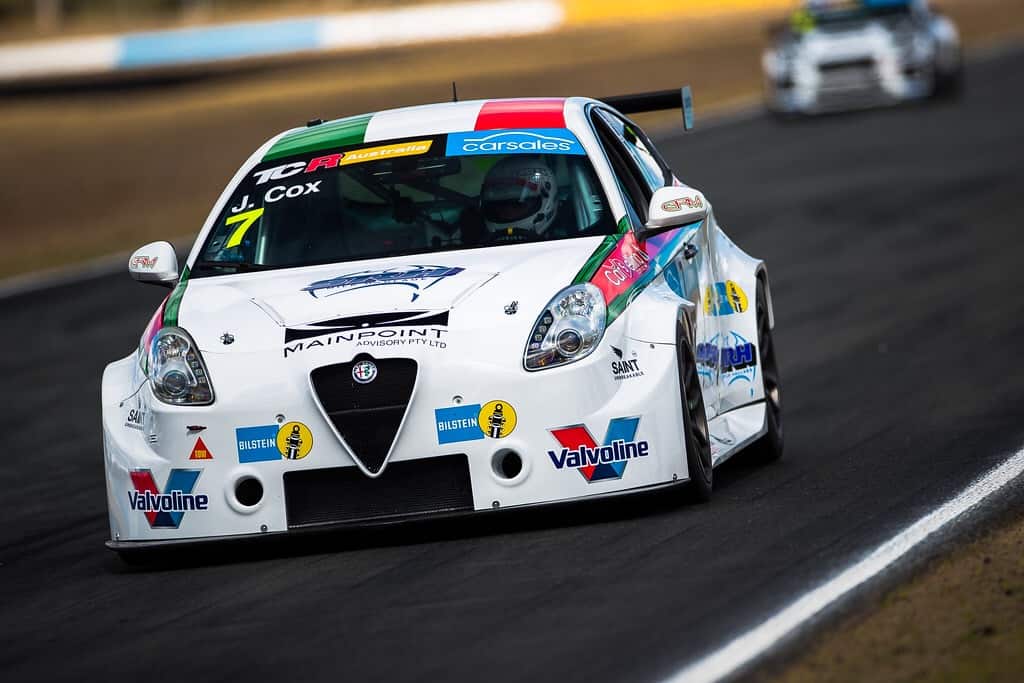 Jordan Cox will complete the remaining three rounds of the 2019 carsales TCR Australia Series with Garry Rogers Motorsport, it has been confirmed today.

After receiving a one-off drive in GRM’s #7 Alfa Romeo Guilietta, the 26-year-old Sydney-based driver has agreed to a deal that will see him stay in the Italian racer for the remainder of this year.

Cox is now the official replacement for Jimmy Vernon who contested the first three rounds of the under two litre touring car series with GRM. It was announced late last week that Vernon and GRM had amicably partied ways.Cox burst onto the TCR Australia scene with a blistering debut at The Bend Motorsport Park, driving a Wall Racing Honda Civic Type R.

After narrowly missing a podium finish in the three races, Cox raised the eye brows of veteran team owner and talent spotter Garry Rogers, who signed Cox for the Queensland Raceway round.

Cox went on to finish each race inside the top six and enough for GRM to secure his services for the remaining three TCR rounds this year.

The next round of the car sales TCR Australia Series will be held at Winton Raceway on August 30-September 1.

“It’s one of the biggest opportunities I’ve had in my career. It’s great to be in a position where I can solely focus on driving the car and achieving the results,” said Jordan Cox.

“The team and I really gelled well. GRM is a hard working team and it was terrific to be involved with them.

“My sponsor group is really excited to be part of the GRM team and the Alfa Romeo, which has proven to be a great car.”

“We have been impressed with his ability over the years, watching him in Improved Production, so it’s great to confirm that Jordan will be with us for the rest of the season,” said Barry Rogers.

“Our engineers have been impressed with his work ethic. He is a mature young guy and is very hands on.

“His knowledge and enthusiasm is something that fits into the GRM mould. There was no doubt about his ability, and he clearly wants to succeed in the sport.”