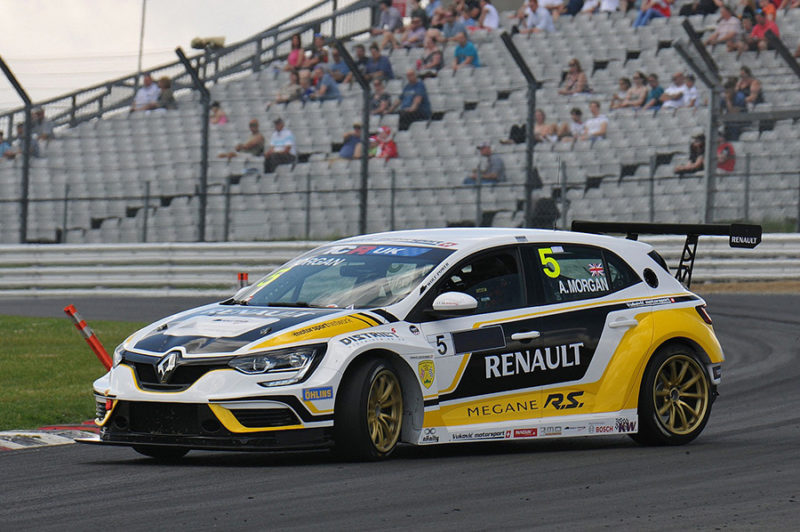 The 34-year-old Victorian joins Kiwi Chris Pither in the GRM-owned Méganes, making for one of the fastest and most experienced team pairings in the field.

CLICK HERE for news on Pither’s recently announced drive in the GRM Renault.

Moffat, the son of legendary touring car driver Allan, is a highly accomplished driver in his own right, having competed as a full-time Supercars driver from 2011 to 2017. He has driven for a range of teams including Dick Johnson Racing, Nissan Motorsport and, most recently, GRM.

His career highlights include two Supercars victories, one with Nissan in 2013 and one with Tickford Racing at last year’s Gold Coast race. He also finished second in the Bathurst 1000 in 2014 alongside Taz Douglas.

Moffat is the seventh driver confirmed for the 2019 TCR Australia Series, which now includes the likes of Jason Bright, Tony D’Alberto, John Martin and Nathan Morcom.

In total, there will be as many as 18 TCR cars in Australia ahead of the opening round. Series organisers the Australian Racing Group expects that at least 15 of these will compete in the first event in Sydney next month.

Every TCR Australia race across the seven rounds will be broadcast live, free and in HD on SBS.

Tickets for the opening event at Sydney Motorsport Park are now on sale via the Shannons Nationals website. CLICK HERE to secure your tickets and see touring car history being made …

“The TCR Series has been something I’ve been keeping a close eye on and I’m really pleased to have got the deal across the line to race the Renault with Garry Rogers Motorsport,” said James Moffat.

“I was involved in the TCR launch at Sydney. I had the chance to sample one of the cars on that day and was impressed by what I saw and what I felt.

“It’s a category that is clearly growing world wide and I’m confident that it has some great potential in our local market.

“Naturally, it’s exciting to be involved in the first season of the new series, and to be driving one the of Renaults is going to be good fun.

“It’s great to be reunited with the guys and girls at GRM as well. Having driven full time in 2016 and 2017, I know them really well, there’s lots of familiar faces so it will be pretty easy to slot back in and get on with things.

“In terms of results, I’m keeping an open mind, but working with a team that has plenty of experience should play into our hands. We’ll all be learning on the run, but I’ve got a good experienced team-mate in Chris (Pither), so between the two of us and the team, we should be competitive and fighting at the front of the field.”

“We welcome James back and we are looking forward to seeing what he and Chris Pither can do in the two Renault Méganes,” said Barry Rogers.

“When James drove for us, he did a really good job. We know he can drive. He goes about his job in a methodical way. He is not out there to make friends – he wants to win races and do the best for the team so we are pleased to have him back.

“It’s great to have drivers of his calibre in the series. The level of competition in TCR Australia is going to be really tough, so having someone like James in our corner is a real bonus.”