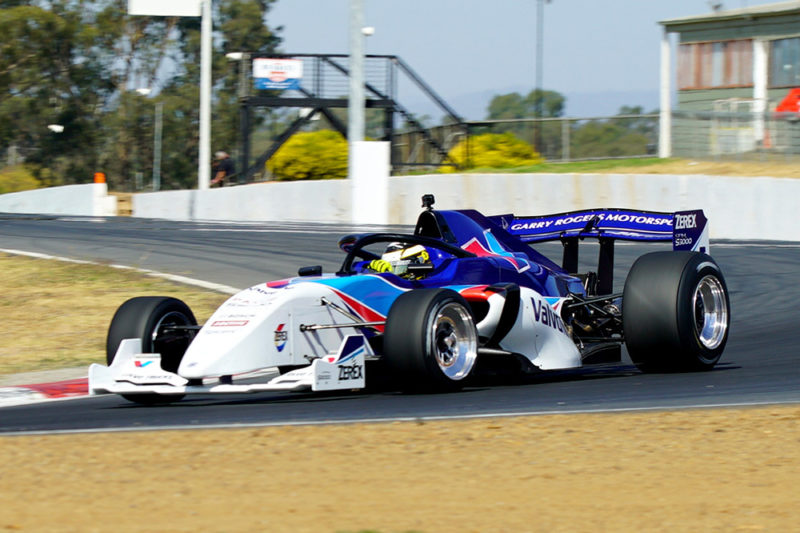 Garry Rogers Motorsport is ready to start production of the locally-designed and developed production components for the new S5000 category after a successful test day at Winton Raceway today.

The Victorian-based team spent the day at Winton validating the changes, with the car performing faultlessly in a rigorous workout around the hot Winton track.

The team has confirmed that this is the final production specification for the S5000, and the squad will now head back it its Dandenong base to begin mass-production of the components that have been developed to complement the Onroak-Ligier chassis, the InnoV8-modified Ford Coyote V8 engine and the Holinger six-speed sequential gearbox.

The changes that have been implemented on the prototype chassis include the locally-designed and built suspension, to incorporate upgraded brakes, and detail upgrades to the cooling system to account for even the hottest Australiasian race weekend.

The team also took the opportunity to evaluate numerous tyre options from US tyre specialists Hoosier.

Regular S5000 development driver Tim Macrow was the sole driver at the test, back-to-backing the information from the previous set-up with the new developments.

GRM currently has four other Onroak-Ligier tubs at its workshop, with the other nine ordered tubs set to arrive in late May or early June.

The next time the S5000 will be seen on track will be turning demo laps at the opening round of the Shannons Nationals at Sydney Motorsport Park, headlined by the all-new TCR Australia Series, on May 17-19.

“This is GRM’s first outing with the S5000 after the hand-over day back in December. Up to that point, Michael Borland had done a tremendous job getting to a particular level.”

“We spent quite some time talking with Tim (Macrow) and the guys at Borland Engineering, really working with their feedback – a lot of it was suspension and steering related, to enable use of a more logical and suitable braking system.

“We’ve done a considerable amount of work in the first quarter of this year redesigning and making the new parts. Tim has validated them now and has said that he has a lot better feel in the car.

“Our plan from here is to head back to work and start mass producing these parts to start putting 14 cars together.

“At GRM, we have a fair line-up of drivers, but we were really keen to continuing having Tim Macrow as a big part of this program. He has a lot of experience in open wheel cars and the feedback he gives the engineers in vital.

“Some guys can get in these cars and drive fantastic, but can’t give the feedback. Tim is a real professional so it’s great to have him as this program develops along.”

“We have evaluated the suspension changes that the boys at GRM have made. We’ve got new uprights and different suspension arms, so we’ve been testing that, along with some new tyres from Hoosier,” said Tim Macrow.

“The feeling with the car is absolutely brilliant. It has made a big difference to how it handles. Now all we’re doing is some suspension tuning work, changing a few springs and just trying to get the car balanced.

“By the end of the day, we’ll have a good direction on where we are going and we’ll be sorted for the next test days.”

“It has been a very productive day, evaluating the key suspension developments that have been made to the car to enable better and more economic production costs and performance, along with some tweaks to the cooling system,” said Chris Lambden.

“Everything has gone well, and we were also able to do some evaluation kilometres with the Hoosier tyres, who have shown positive interest in the category.

“The package that will be available to race teams is now finalised – and illustrates the worth of a solid development and testing programme. The car just brilliant – I couldn’t be happier with it.”