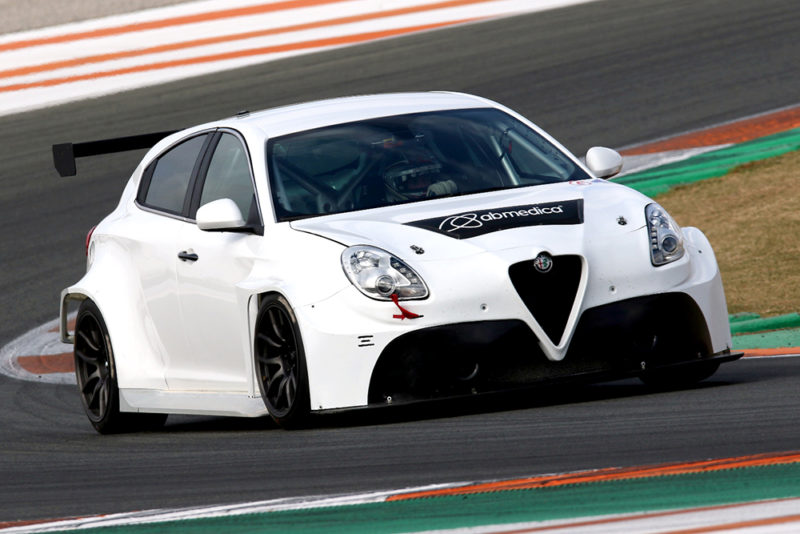 After passing its Balance of Performance tests with flying colours, two new and improved Alfa Romeo Giulietta Veloces are bound for Australian shores.

The new 2019-specification Alfas will be entered in the inaugural TCR Australia Series by Garry Rogers Motorsport, with the team already confirming former Toyota 86 Series champion Jimmy Vernon as one of its drivers for the new season.

Italian-based team Romeo Ferraris, the official constructor of the Alfas, has put in a lot of work to the new-for-2019 car, which differs in a number of areas from its predeceasing model that saw 14 of the model sold to different race markets around the world.

Compared to the 2018 version, the Giulietta Veloces that GRM will receive have seen the whole framework lightened, drag reduced through a new front splitter and rear wing mounting and the overall weight distribution optimised.

At this stage, Romeo Ferraris has committed to the World TCR Series, plus selling cars to at least two national-level championships, including Australia.

Romeo Ferraris operations manager Michela Cerruti says while it is early days, he expects the new Alfa package to be competitive.

“It’s a brand new project and we haven’t had enough track time to compare the two models,” Cerruti said.

“We have built the Veloce with the aim of improving performance. The outside look is still quite the same, but the main changes are inside – the lighter framework and new weight distribution have been conceived to make the car more driveable and agile, improving the fields where we were struggling.”

With production of the 2019 Alfa now in full swing, Garry Rogers Motorsport expects to see the two new cars arrive ‘down under’ in April ahead of the opening round at Sydney Motorsport Park in May.